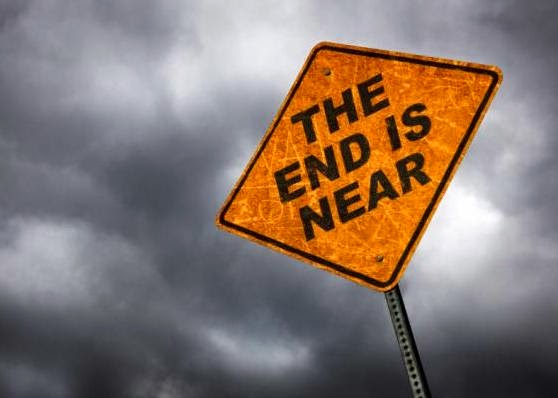 Thus, this particular YouTube category is a strategic battlefield where many of the dispensational, Premillennials can be engaged, challenged and won to an optimistic, perspective.   With the wane of Premillennialism, other Dispensational assumptions may also be called into question like a row of falling dominoes.
This is where the Dispies hang out.  Many of these first-page videos have huge viewership.  A few of our selections have over 2-1/2 million views.  Not surprising, because books about Bible prophecy are the largest category of books sold in the Christian market.  Dispensationalists like to point out that about ¼ (26.8%) of the Bible is prophecy (4).
Thus, it is a great recruiting ground, that is for the most part being left unplowed.  Postmillennialists have yet to appear on the field.  We can no longer afford to ignore this opportunity.  Starting from the Premill’s point of interest in the prophetic Scripture, the discussion/debate can be easily expanded to encompass various aspects of covenant, cultural application.
To get the ball rolling The YouTube Prophecy Initiative entered a postmillennial response to 40 key videos during the months of October and November, 2014 under the username “AntiFederalist.”
After two months we tallied the response and found that a substantial number remained near the top of the comment pile for a surprisingly long time.  Here are the metrics for the first 33, when they had been posted between one and nine weeks during Phase I:
We discovered that the videos fall into a  handful of categories based on the structure of the Premillennial model.  The general topics include:
Ideally, comments should be relatively short, but we’ve succumbed to the temptation to enter longer, article-length posts.  The advantage of these new posts is that they remain visible to the casual scanner, not buried in the 2ndtier of interaction, although that interchange is definitely needed also.  We have given most of them a provocative, ALL-CAPS headline in the upper left corner. Things like;
·         YOUR TIMING IS OFF – THE TRIBULATION IS ANCIENT HISTORY:
·         IDENTITY OF ANTICHRIST FOUND HIDDEN IN BOOK OF REVELATION:
·         JESUS CHRIST – THE FOUNDER OF REPLACEMENT THEOLOGY:
·         MOVIE REVIEW:
·         THE TEMPLE OF DOOM:
·         RAPTURE FEVER, MORE DEADLY THAN EBOLA:
·         LOSING THE DATING GAME:
·         OP-ED BIBLE COMMENTARY:
All readers are invited to join Phase II of  The YouTube Prophecy Initiative. The next phase is to 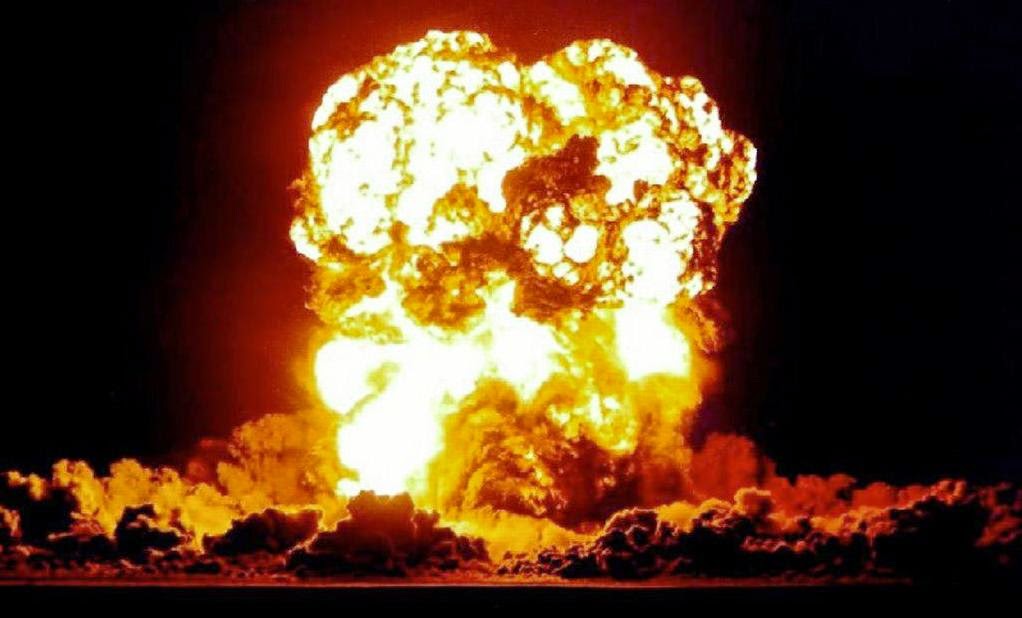 engage specific comments near the top of the list for each video in order to stimulate an interaction.  This may seem daunting at first, but after jumping in you may  find it somewhat addictive.  You may choose to support an interaction already underway.  You’ll probably begin to feel that you MUST do battle with this avalanche of false doctrine that is crippling the church.   It makes a great activity for Sunday afternoon or an evening.

Scan the following list of YouTube videos and choose a few of special interest to you.  Simply copy and paste the title into the YouTube search box and you will be taken instantly to the video.  Comments appear directly below, where you can scan the first several screens for a debate in progress or start one of your own by simply responding to some Premillennial comment near the top of the pile. 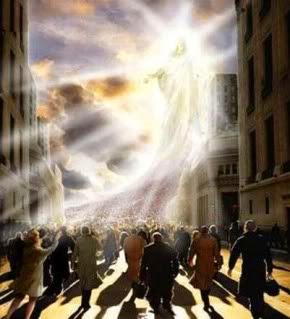 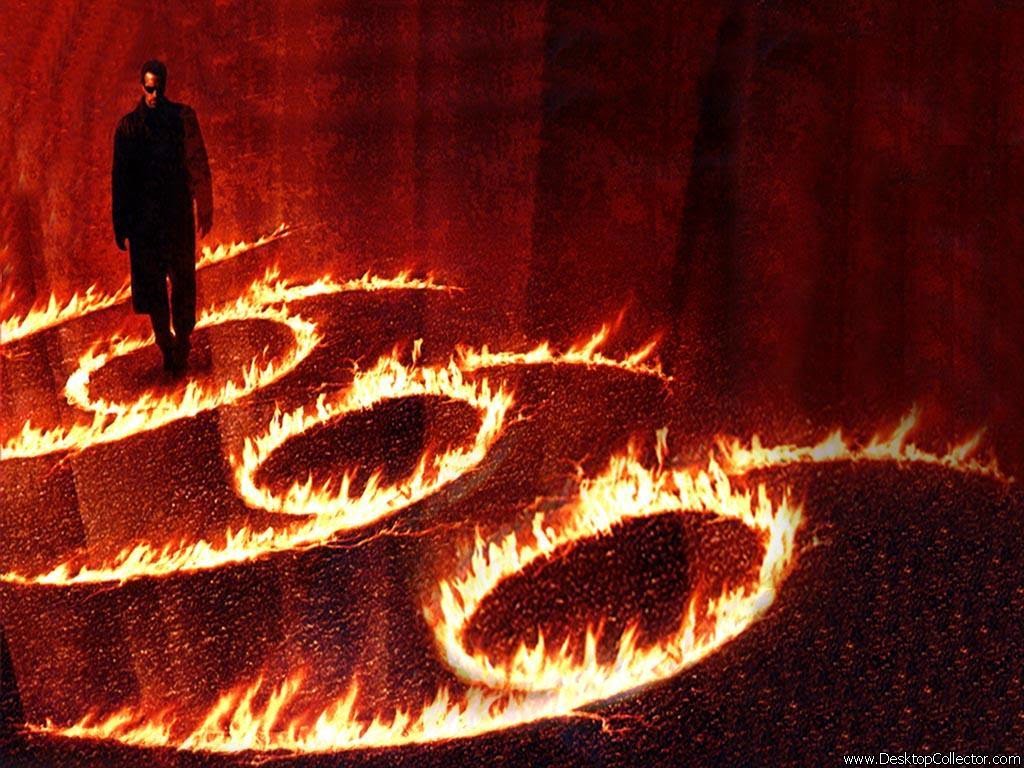 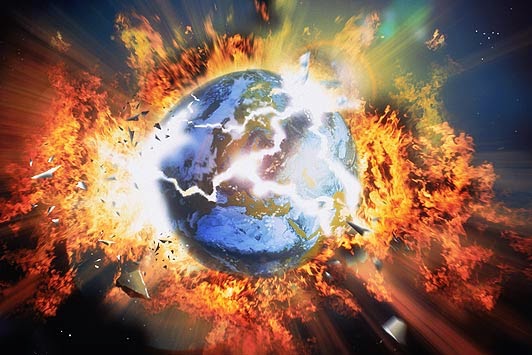 End-Time Signs:  Dispensationalism,  Premillennislism:
The Veil is Lifting in all Realms – prophetic events September 2014 (timeline)
2014 Breaking News CMM Bible prophecy current events last days news [removed]
October 2014 Breaking News The final hour Last Days End Time Prophecy Update
Bible Prophecy Is Happening Now – 2014-2015
THE BIG EVENT 2014-2015: PROPHECY HAS NOW BEGUN [Removed]
Earth changing end time signs and events 2014-2015 prophecy has begun
Signs of The End of the world 2013 MUST SEE!!!
Endtime biblical signs and beginning of sorrows – February 2013
The beginning of sorrows- MAJOR WORLD EVENT HAPPENING NOW 2014
Forum on the Millennialium
The Master Key to Bible Prophecy
40 Signs Jesus Is Coming
End-time biblical signs and beginning of sorrows: July – August 2014
These videos were selected on the basis of three primary criteria:  1) 1stpage YouTube, 2) relatively large number of views, and 3) relatively small number of comments.  There are currently very few Postmillennial comments under any of these videos.
As few as 10-20 Postmillennial advocates could dominate the first-page debate on key YouTube videos in the key prophetic categories.  They would stand out like a beacon in the sea of Premillennial disinformation.  These video sites can become a hotbed of Premillennial / Postmillennial debate.
This can be done with surprisingly little effort.  20 people devoting 15-30 minutes a week to these posts could have a dramatic effect.  The impact is exponential because they will reinforce each other’s comments and help out on difficult questions.  Plus, it seems that  active or lengthy interaction gets pushed higher in the stream of comments or stays higher longer and is less likely to be deleted. 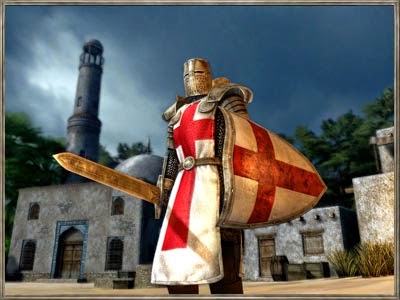 Could you please look at Luke 21:36– Jesus concluding statement in the Olivette Discourse — and tell me if you agree or disagree with this observation:

Jesus told the 12 apostles to pray that THEY could escape all the events of the Olivette Discourse He had just enumerated, therefore these events (including the Great Tribulation (Lk 21:22= Mt 24:21) all occurred during the lifetime of the 12 apostles in the 1st Century.  Would you agree or disagree?

Luke 21:36in New ASV reads:  “But keep on the alert at all times, praying in order that you may have strength to escape all these things that are about to take place, and to stand before the Son of Man.”

﻿
The pervading spirit of this video is that of the 10 spies who brought back an evil report to Moses.  Woe is us — it’s the beginning of sorrows.  Stop whining — that was before the destruction of Jerusalem and the temple (Lk 21:36) — 2000 years ago.  The Bible promises that in “the last days” before the 2nd Coming the nations  “will beat their swords into plowshares and their spears into pruning hooks” (Is 2:1-4).  The “last days”  IS before the 2nd Coming.

But this movie is all about doom & gloom, the giants are too big and the walls are too high.  Is it any wonder that God is bringing judgment on this generation of faithless Christians who strip Him of his Kingship until some indefinite point in the future and refuse His Great Commission.  As if the all-powerful Christ is incapable of seeing to it that most of the nations are discipled, not destroyed.

DogLover705 AJ  “I am a child, and I am not religious  will I be taken and redeemed if I ask jesus and god into my heart, my parents also refuse to take me to church, someone help me”
“Yes, Jesus said that everybody must humble themselves and have the faith of a child to receive the kingdom of heaven.  Paul the apostle said that, ‘whosoever shall call upon the name of the Lord shall be saved.’  The wages of sin is death and Hell.  Pray to Him in faith believing that Jesus died on the cross to pay the penalty for your sins so you don’t have to go to Hell when you die.  At that moment God the judge will declare you not guilty.  Then read the Bible as though it was a letter to you form God your Father.  There are other friendly people on this site to talk to and answer your questions.  God bless you. 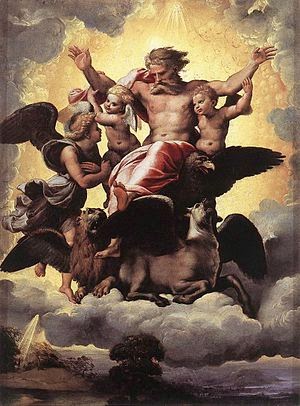 Postmillennialism can recover its former prominence in the prophetic world by concentrating as many supporters as possible in online discussion and criticism of key Premillennial videos.  Premillennialism must be debunked before Christians will acknowledge Christ as de facto King in the present age.  Rather than expending a lot of effort debating obscure points of eschatology, we should focus on posing Van Tillian type challenges.  Such questions challenge the autonomy of the Premillennialist for denying rationality and twisting the Word of God.