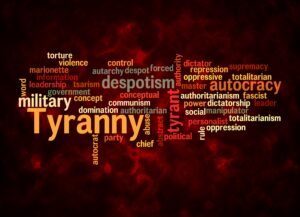 Tyrants have a very simple strategy for total domination. Make a people dependent and you can control them. The more the people depend upon you for their everyday sustenance, the more they are under your control. It’s that simple.

It’s the proverbial boiling of the frog scenario. If you place a live frog in boiling water he will instinctively jump out, or at least try to. However, place him in a nice cool pot of water and incrementally turn up the heat, he will finally succumb to the boiling water and die. Maybe incentivize the frog by throwing in a fresh green lily pad to really make Mr. Frog that much more at ease and he is not only set up for the slaughter, he is happy. 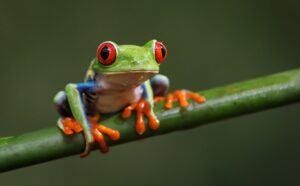 The formula for tyrannical control becomes a bit more complex. Make a people incrementally dependent, through gifts and incentives and eventually, as they become accustomed to the seduction of the Nannie State’s financial gifts, police protections, health care provisions, social security payments, student loan forgiveness, reparations to certain classes of people, along with a host of other insidious temptations for dependence, the ignorant Mr. and Mrs. John Q. Public find themselves in a death-pot of boiling tyranny.

What you depend upon for survival controls you. The cult of the Global elites wants to control every Mr. and Mrs. Frog on earth by creating a culture of dependency. Since reprobate, unregenerate man has an insatiable thirst to be God, or God-like, these few power hungry Global elitists must control the basics of survival. 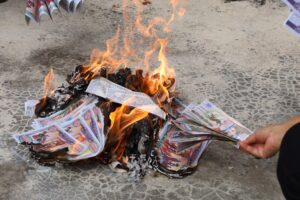 The Plan is Simple but Diabolical

If these elitists can destroy Mr. and Mrs. Frog’s ability to earn a living by destroying their independent businesses and the ability to conduct free trade, they can make them slaves. This was one of the objectives of the COVID-19 ruse. Perhaps you remember the fear placed upon Mr. and Mrs. Frog over the handling of paper money? The Elitists claimed that the virus could be spread through handling paper dollar bills and that only credit cards and crypto currencies should be used, “for safety”. And yet, there was no prohibition for reading a daily newspaper or buying a cup of coffee poured into paper cup. Library books were not fumigated neither was there any effort to sanitize the national archives or the books at the library of congress. This was simply the initial move for the eradication of cash. It was an experiment to see how far they could go in controlling the public through fear. Make people uncomfortable with cash, or even fearful of using it, which is the only way to conduct business privately without government monitoring every transaction, and you are on the road to total control of Mr. and Mrs. Frog’s way of survival. Remember – total tyrannical control is the final objective. 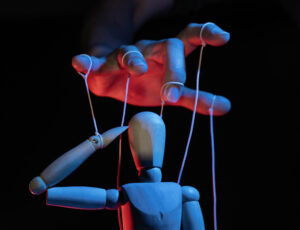 It has been said that totalitarianism has been tip-toeing toward this objective but now it is in an all-out sprint to its final goal of world domination. The COVID-19 crisis, in concert with so many other manufactured emergencies, was staged so that the Elites could posit a solution, which would be acceptable to Mr. and Mrs. Frog, while at the same time moving them closer to serfdom and finally abject slavery. Once you are able to see the big picture you can understand how it is being executed. For those who can see, The Tower of Babel is being constructed right before our very eyes. 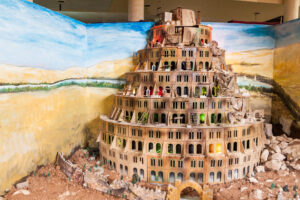 The first act of preparation for the inevitable is to recognize that this has happened before. In the historical record of Genesis 11 the Scripture recounts the events of the tower of Babble. Somewhere around the 2nd Millennia BC a tower was built by an unknown number of men who wanted to reach to the heights of heaven. Their desire was to be like God and rule from that tower over the people of Shinar. These were, what we would call them today, “Ivory Tower Elitists” who wanted to make a name for themselves. However, at the end of the day things did not go well for them. God confused them and scattered them so that their tower yielded nothing. In fact, there is no physical evidence whatsoever of the tower anywhere in Mesopotamia. God destroyed their efforts for total domination.

Wicked men will always be snared in their own wicked devises when they try to be as God.  The Psalmist gives us this encouragement.

“The heathen are sunk down in the pit that they made: in the net which they hid is their own foot taken.” Psalm 9:15

While the Elitists continue to hatch their evil plan, God mocks them and will destroy them as He did to the tower at Babel. Of course, that does not mean we ought to stand by and do nothing. We are to prepare. 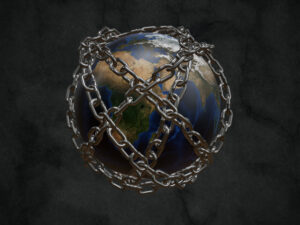 Many who read this Blog are Christians, but some are not. Others might think they are Christians but really are not. Whatever the case, preparations must be made. There will be a time when the Faithful Church will once again be established and the people of God will stand up to right the wrongs of the culture through the declaration and the application of the Truth of God’s Law-Word. True Christians are strengthened by the knowledge that God is in control and He will provide strategies for His people so that are not consumed by the wicked. In light of that hope, “Communities of Security” must be established. No man is an island and no family can stand alone in this type of a crisis. There is strength in numbers and in the various skills that those numbers bring to the situation. A Church community must be developed into a Secure Community. Just because you belong to a church does not automatically translate into a secure community that can assemble together in a crisis with the necessary skills to navigate that crisis. If you are not in a church, or cannot find a church that believes that a crisis is looming, seek to establish a Secure Community with your neighbors. (You can listen to past TacticalRecon.org pod casts for further details on how this is done.) 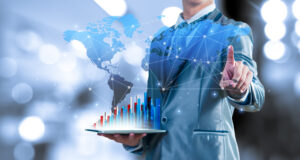 Now that you know the big picture you can identify the incremental tactics used by the Elitists to build their Tower of Domination. Listen to pod casts, watch You Tube interviews and discussions on this topic. Do not discard out-of-hand any conspiracy theory. There may be some truth in them. Be discerning. Read books, and articles that aid in staying informed. Watch news casts, as well, that address the economic issues of the U.S. and the Global markets with a view to what the Elitists are seeking to accomplish and prepare.

David understood that God was the only real source of safety. And so, in order to prepare for any contingency that may befall him, he prayed, for insight, protection and direction, trusting God for a favorable answer. It is our wisdom to do likewise.

Ps 31:4 Pull me out of the net that they have laid privily for me: for thou art my strength.