Pr 29:18 ¶ Where there is no vision, the people perish: but he that keepeth the law, happy is he. 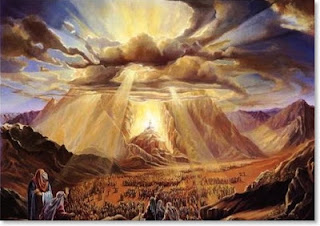 The vision which Solomon refers to is the Revelation of the Word of God and the application thereof. You might say that without the Revelation of God and its application to the real world, there can be no expectation of Victory. Although some may argue, the fact is that the Scriptures clearly proclaim Christ’s victory over all things in time, history and eternity.
1Co 15:24-25 Then cometh the end, when he shall have delivered up the kingdom to God, even the Father; when he shall have put down all rule and all authority and power. For he must reign, till he hath put all enemies under his feet.
Eph 1:18-22 The eyes of your understanding being enlightened; that ye may know what is the hope of his calling, and what the riches of the glory of his inheritance in the saints, And what is the exceeding greatness of his power to us-ward who believe, according to the working of his mighty power, Which he wrought in Christ, when he raised him from the dead, and set him at his own right hand in the heavenly places, Far above all principality, and power, and might, and dominion, and every name that is named, not only in this world, but also in that which is to come: And hath put all things under his feet, and gave him to be the head over all things to (i.e in behalf of) the church.
Since the Scriptures promise victory in time and in history the saints ought to have a positive outlook on the future despite what appears to be the situation at present. It is precisely this “expectation” that the saints must hold to and declare. This is called the Postmillennial Hope of the Great Commission. It is real, it is promised, and it is achievable.
Keeping Expectations High 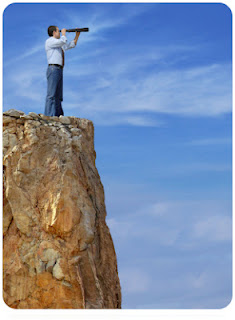 The concept of earthly victory must be embedded in the mind of each and every Christian. It is only then that cultural progress will be made. The Scriptures consistently admonish the Christians to keep their expectations high. Whenever we contemplate what God is doing providentially, even if we fail to see the good in it at the moment, we know that He is marching victoriously forward advancing His Kingdom upon the earth through His Body the faithful church. So whenever we complete God and what He is doing we keep our expectations high. He can and He will do wondrous things to bring about the final victory of His Kingdom on earth as it is structured and ordained in Heaven.
The reality that Christianity can and will be victorious has a stimulating effect on people especially the elect. This philosophy is what drives the saint. If the Christian community can grasp this doctrine they will be invincible in the face of every temporal disappointment. It is this expectation of victory that must be consistently fueled in the community of Christendom if the Kingdom of God is to advance.The notion that Christendom will become the dominant force in the world is an incredibly powerful theology, one which the Scriptures constantly enforce. (See my lectures on SermonAudio.com on Eschatology)
The victory is ultimately won over many generations through their consistent fidelity. This in itself is stimulating and hopeful. But to insinuate that Christianity can see stark progress in this present day is even more exciting. I believe this could be the case. If the Christian community begins to impact the culture, as the Scriptures command, change will begin to take place immediately. Progress will be seen and it will be measurable.
Keeping Expectations Low
On the other end of the spectrum, the Christian community must keep its expectations low as it concerns the general response of the people. Never hope in what man can or will do. Never hope that they will change or that they will rally around your vision without the intervention of God the Holy Spirit. The Christian hope is not in man. It is in Christ. Christ must move men to act by renewing their mind through the process of regeneration. This mindset of not putting our trust in man will shield us from becoming discouraged when the response that we are hoping for is absent. Yet, we are not to despair but rather we are to carry on, pressing forward knowing our work in the Lord is not in vain.
Stay Focused – Stay Resolute 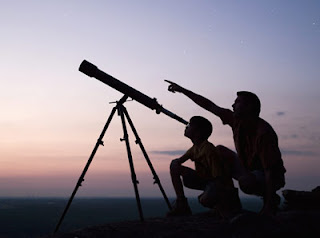 The total and comprehensive reconstruction of society must be the goal of the Christian. Reconstruction is mainly accomplished one soul at a time and by constantly challenging the status quo of society’s anti-Biblical ideologies. If this goal is to be realized in any way whatsoever, the saint must remain focused and resolute. Nothing, by any means, should take him or her from what they have set out to do.  Only in this way can the movement of Postmillennial Reconstruction continue and grow into its desired end of societal Justice, Mercy and Peace under the liberating banner and application of God’s Law Word.
By Rev. Dr. Paul Michael Raymond|2013-02-15T20:19:00+00:00February 15th, 2013|Uncategorized|0 Comments