Historical Amnesia and the Destruction of Liberty

We no longer live in the original America conceived of by our founders. The America that we now inhabit, even though we claim citizenship here, are actually citizens of a very different nation than that which was originally founded in 1776. In fact, the nation that we now occupy is in stark opposition to that nation which penned both the Declaration of Independence and the united states Constitution. 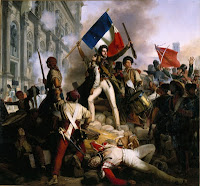 This disintegrating change of the original philosophy of American Liberty did not happen overnight or in a year, or even in a single decade. The change happened over many decades and as a result of rabid bias and faulty education which self consciously sought to re-structure the American Republic toward an anti God, anti Christian sentiment. This educational movement was firmly based in the ideology of the French Revolution, Marxism and soft tyranny, all of which are violently antagonistic to the Christian Principles of Scripture.
Consider these principles.
1. Ideas are based upon beliefs.
2. Beliefs are based upon certain presuppositions about God, man and the world. These make up a person’s world and life view.
3. All people hold to a set of presuppositions.
4. Presuppositions are inherently religious.
5. Ideas have consequences since they dictate action.
6. In order to determine the faith of any nation one needs only to look at the institutions of that nation and the laws that govern that nation. The laws will either be fallible man-made laws which are subject to all manner of errors or they will be founded upon eternal principles which are divinely inspired and which have been proven to be good and beneficial throughout the history of the world. 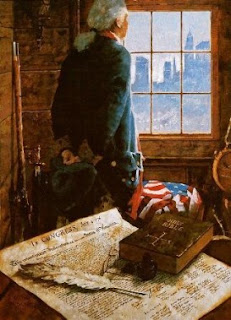 The founders of America believed that only the eternal principles of Scripture could insure liberty, safety and prosperity. As long as those principles remained intact as a standard and foundation of the nation the nation would strive and prosper. If those standards were neglected, changed, perverted or repudiated in any way whatsoever, the nation would be placed in extreme peril. God’s blessing would be removed, tyranny would set in and the nation would ultimately be destroyed through the enslavement of its people.
America began as a Christian nation. It began with the Puritans and continued with the Colonists. The goal for the establishment of America was “for the Glory of God and the advancement of the Christian faith.” (Mayflower Compact 1620)
As early as September 1648, in Cambridge Massachusetts,  the synod of the New England churches defined the nature of government ,the functions of the civil magistrate and the duty of citizens. The first declaration in part is as follows:
“God the Supreme Lord and King of all the world, hath ordained civil magistrates to be under Him, over the people, and for His own glory and the public good…for the defense and encouragement of them that do well, and for the punishment of evil doers…” 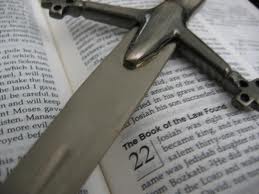 The standard for good and evil was Holy Scripture. This would make many of the things that are acceptable in our modern society evil and unlawful even though they have been sanctioned by law or statute to be good (or at least lawful). Once the standard of Scripture is ignored any evil can be sanctioned as good and all that is good can in turn be regulated or restricted as evil. This is the position we are today as a result of ignoring our roots and the place of God’s Word in the national structure.
Even with a simple superficial reading of the charters of the early colonies will prove that Christianity was the foundation that gave meaning, direction, stability and purpose to the fledgling America. America was based upon one religious standard and was not put on par with any other. In 1905 Justice David Brewer  gave a series of lectures which became his book, “The United States; A Christian Nation” in which he stated:
“We constantly speak of this republic as a Christian Nation – in fact, as the leading Christian nation in the World…In no other charter or constitution is there anything to even suggest that any other than the Christian religion is the religion of this country…in none of them is Mohammed, or Confucius or Buddha in any manner noticed. In none other is Judaism recognized other that by way of toleration of its special creed. ..I could [also] show how largely our laws and customs are based upon the laws of Moses and the teachings of Christ; how constantly the Bible is appealed to as the guide of life and the authority in questions of morals…” 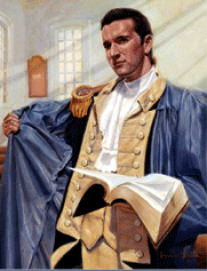 This was the structure of America and the liberty that it promised.  It was only as a result of the infiltration of Enlightenment thinking and the ideology of socialistic egalitarianism perpetrated by the government schools system that the Truth of our Nation’s heritage has been eclipsed. Even as early as the colonial period these godless ideology were already at work undermining the society and some of its most important founding documents. As a result many have decided that America was not founded as a Christian nation. And yet the documents speak otherwise at least to a general consensus of the fundamentals of Christianity and its fundamental reliance on Scripture.

It is time to pull back the veil of confusion and deceit and not only re-introduce the Original Christian America to Americans who have bought into the lie of pluralism, statistism and the egalitarian notion that in America all religions stand upon equal ground, but to go further by eradicating any anon Christian precepts that the founders failed to deal with.

If America is to ever see a revitalization of liberty, which insures a prosperous future for the coming generations, it must start by re-introducing those principles of Biblical Christianity including America’s founding documents to the common folk. We must begin by establishing a systematic re-education program based upon Truth so that the lies of the anti Christian remnant may be uncovered and destroyed.
By Rev. Dr. Paul Michael Raymond|2013-01-18T22:45:00+00:00January 18th, 2013|Uncategorized|1 Comment