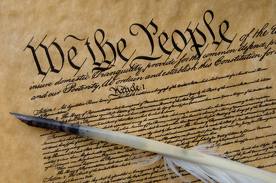 What we have witnessed in the political and economic arena these past several years is a culture embroiled in moral confusion. It seems as if most Americans haven’t a clue as to what “freedom” is and what the Constitution of these united states actually says. Coupled with this, and even  more incredible is that much of Christian America is ignorant of the Laws of God, which originally structured Western Civilization’s Law-code.
Economist Franklin Sanders is correct when he asserts that when individuals say “they believe in freedom” they really mean that they believe in license. While license allows one to indulge in his or her lusts without hindrance, freedom is “ordered liberty”, which originally formed the American nation. This means that one is free to do only what is morally right. The standard of that “right” is, and always has been up until the present time, The Christian Scriptures.
The confusion over the idea of freedom is astounding. It is so profound a confusion that one must dig deeply to find anyone who actually understands what American freedom actually is. While a man may be “free to murder”, in that he has the physical power to do so, he is not morally free to do such a thing. The reason for this is simply because the moral compass of true freedom comes from Scripture. 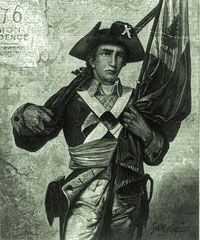 It appears that the majority of the American people (at least outside of the South – but that is recently waning) have embraced license rather than ordered liberty. This results is libertinism not liberty.

For example, consider what the American people are fighting for: the “right” to indulge in public euphoria from various drugs, the “right” to destroy the Biblical family via same sex unions, the “right” to collect government money via welfare even when they are able to work, the right to murder unborn children and the right of government sponsored health care including contraception by legal mandate. The list is endless. But it doesn’t stop there.

Government officials are also to blame for exchanging freedom for license. These include those in public office at the local level as well as the state and federal level. Everyone is to blame.

In light of America’s looming debt and the dark uncertainty of its future it is incumbent upon local governments to make provisions for their citizenry. This does not mean more frivolous spending and social policies using taxpayer funds. It means providing an environment of freedom from oppressive regulations and taxation. 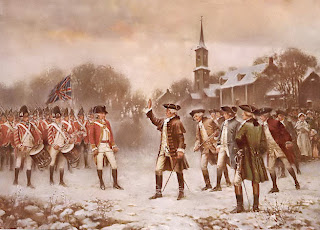 City, Town and County governments are the last line of defense from an over extending federal despot. Citizens and local magistrates must never underestimate the importance and the power of local government.
If local government is going to protect the integrity of liberty it cannot follow the pattern of Washington. To do so will result in the demise of liberty even on the local level. The result, Tyranny.

What To Do??
1.   Run for a local office or get responsible like-minded people to run and assist them in the campaign. You may even make a play for the school board in order to run interference on their insatiable desire for more money.
2.   Talk to your local reps and make sure they understand what true liberty is. If they do not dedicate your life to replacing them with men who understand Liberty as it only found under God’s law.
3.   Write consistently to your local newspaper in order to re-educate the masses as to what liberty actually is. Be specific by using examples from the policies of overreaching Federal intrusion and show how it is destroying liberty in the name of liberty.
4.   Write to your state reps. Get others to write as well.  Emails do not usually work but they may be a good backup. Phone calls are best. Make one call every week and get as many others as possible to do likewise.
5.   Talk to local pastors. Make sure they understand the severity of liberty’s demise. Encourage them to speak to their congregation on these issues.
6.   Talk to your local Sheriff and find out where he stands on Federal encroachment. Encourage him to stand with the authorities from Oregon and Wyoming in light of the threat of federal tyranny.
If you are going to make things happen you must take action. Thinking about it will not get the job done.
By Rev. Dr. Paul Michael Raymond|2013-01-11T20:52:00+00:00January 11th, 2013|Uncategorized|1 Comment