Get the Children out…NOW! 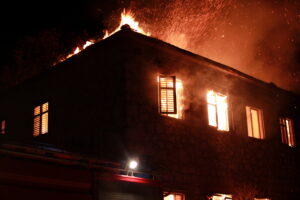 Finally. Finally! FINALLY! Someone has called out the public schools from an international media platform. While the call to exit “Christian Children” from the public indoctrination system, commonly known as the public school, there has never really been any public outcry for all children to exit the system.

In an October 26th op ed article by Alex Newman of the Epoch Times, Newman says, “The Schools are on fire: Time to get the children out!” If this is not obvious by now, that the system is destroying the future of the traditional and Biblical family, then you have been in a comma or, worse, you agree with the destruction.

“Imagine the school building is on fire, and your precious children are trapped inside.
Yo 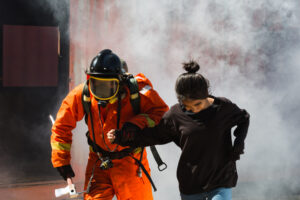 u can hear the bloodcurdling screams growing louder. The flames are getting bigger, and the heat is getting hotter… You look around frantically, searching for somebody, anyone, really, to do something, anything!… But there is no response… In fact, nobody is coming to rescue your children, certainly not the arsonist politicians or the education establishment who set the building on fire in the first place. It finally dawned on you that if you do not act soon, catastrophe is inevitable and your children are doomed….

If you said circulate a petition, lobby your legislators, or run for school board, you’re obviously not a parent yourself. Anyone with a child will tell you that there’s only one possible thing to do in a case like this: run inside, grab your loved ones, and run from the fire until you can’t run anymore. Then, sound the alarm and wake the town.” 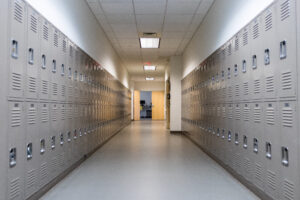 The Warning is Not New

The warning to exit the secular school system is not new. Many Christian organizations have been saying this over many years. I have been sounding this alarm for 30 years within the Christian community with only limited response. Most of the pushback, sadly, came from the Christian community itself. One would think that now, finally, there could no longer be any valid excuses to keep Christian children in the government indoctrination camps, and yet the same excuses continue; “The schools in my community are good, We are a two income family and need the money, we cannot afford private school, my kids have friends there, I monitor what they learn, its not that bad, my children know better, I can’t homeschool, I am a single parent, and the list goes on.

Newman, to his credit, is going beyond the Christian community and I applaud his warning. The real question is not so much “Is the system corrupt and destroying America’s future?” but what is the solution? Newman writes,

“What’s really needed is to rip the destructive government school monopoly out from the roots and start again from scratch.”

This is the starting point indeed. But where would this new template come from and who will build the new model for the 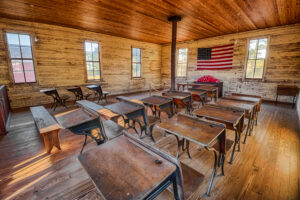 education of America’s future? If the model is developed by secularists, leftists and progressives, manipulators and politicians, academics and ivory tower educators who see themselves as the re-incarnation of Plato’s Philosopher Kings, then the system will remain in its corrupt state. Brainwashing and indoctrination will continue until we are, in fact, at the point of a societal dystopia. If ethical values and a moral compass is not the foundation of all learning then it will devolve into something ugly as it has now. The secularist already had their chance and they have all but destroyed America by devouring its youth.

The system cannot be reformed. As Newman says, “It’s like trying to reform cancer; it’s a silly question.” The Government schooling system is a mosh-pit of perversion dressed-up as the only hope for a child’s career advancement. 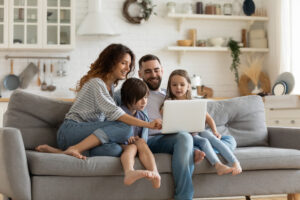 1.Give Parents the Power

The State does not own the children and they certainly do not own the future. Parents are the stewards of their children and they must decide their future. Parents need to be reminded that the State is not the parent and it is not the only alternative to education. In fact, the State-run government school is not educating the children at all; it is schooling them into something that they can control, and if necessary, destroy 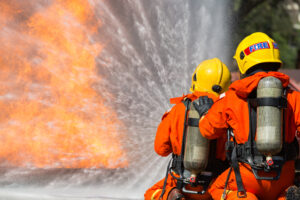 2. The first step is to remove the children from the system.
Don’t wait another moment since every moment brings more confusion and compromise to the child.

3. Home educate. If this sounds intimidating to you then ask assistance from those that know how to navigate the home education system. Get help.

4. Start a parent run one-room school house. Churches need to step up here. Every church should be a school. If your church does not provide a space for you to educate your children find another church that will.

“Americans should seriously consider returning to the 17th and 18th century paradigm that produced the best educated, most literate population anywhere on earth at any time in human history. In short what is needed is a “non-system Freedom Works.” 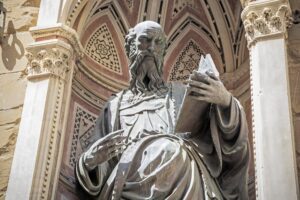 5. Pastors WAKE UP! Get into he battle and fight for both your congregation and the moral fabric of this nation. Pastors should be leading in this fight but sadly too many are not. It’s time to take the battle to the enemy. Children’s lives are at stake and the future of our nation is in the balance.

Newman ends his piece with this,

“It’s time to stop playing a rigged game on the education establishments battlefield using its rules. American parents should flee the system and build parallel institutions since their country and their liberty depend on it – because they do.”

Alex Newman is an education consultant, author, and director of Public School Exit.