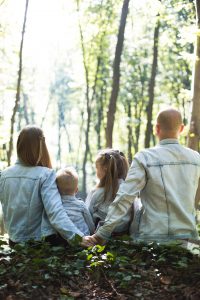 There is a lot of talk these days about patriotism and the concern over liberty in the face of the rise of American Tyranny. While this discussion can be very profitable, and even to a large degree critical for the survival of our Republic and Christianity itself, it provides no lasting benefit if the family unit is compromised by marital infidelity and/or the laxness of Biblical education of the next generation.

The Apostle identifies the people of God as the Family of God pointing the reader back to Eden where the first family was created.

Eph 3:14 ¶ For this cause I bow my knees unto the Father of our Lord Jesus Christ, 15 Of whom the whole family in heaven and earth is named…

Note the Fatherhood of God emphasized in this verse alluding to the family structure under a male headship which is loving, 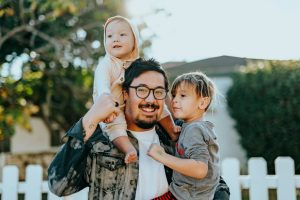 caring and gentle. In the same way as the Heavenly Father protects, cultivates and advances His Godly heritage, so too is to be the earthly father to do likewise for the family unit. Furthermore, as was the initial commission of the human family to subdue the earth and take dominion over it according to Genesis 1:28ff, so too was the Heavenly Family commissioned to do likewise, which was reiterated in Matthew 28:18-20, which was accomplished successfully by the Lord Christ.

Even though the dominion mandate failed under Adam’s fatherly headship it was rescued by the Fatherly headship of God, Who, through the Son, establishes the Family of God with the union of Christ, the Bridegroom and the Organic eternal Church, the Bride.

The Family: Building Blocks of a Civilized Humanity

The human family was created to be a nurturing entity whereby children can be born, discipled, educated and matured under the care of a male father and a female mother. The human family structure was to be patterned after Adam and Eve – Male and Female. The Biblical Family was created to be the norm. Within that environment, children would be educated in Biblical truths and taught to value the rich internal relationships which exists among family members. This would hopefully lead to the generation’s ethical continuity throughout the centuries. 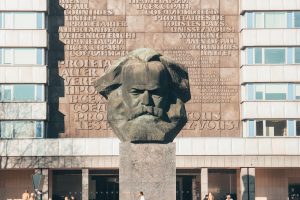 It is then no great wonder why the reprobate anti-Christian Marxists seek to destroy the family. Marx and his followers knew that the family posed a great threat to his wicked plan to destroy everything that God had called “Good”. In the Epoch Times series, ‘How the Spector of Communism is Ruling Our World’, the authors explain,

“The writings of Karl Marx and other communists, describe the family as a form of private ownership to be abolished. In addition to persecuting religion and spiritual faith, Communism regimes place love for the Communist Party above love for even one’s own parents, spouse, or children, encouraging people to struggle against their own kin.”

This Anti-God, Anti-family complex of the CCP, Antifa, BLM, and every other group, political party (on both sides of the isle), administration, or individual, that identifies with Marxism, Socialism or Communism, is now becoming an international threat to human civilization.

The family idea is engrained in the mind of man, who is created in the image of God, by God for the continuity of human existence. Therefore, it is not a question of family or no family, but rather what constitutes the family? For the reprobates who seek to be God, the idea of “family” is anything, and everything that does not conform to God’s idea of the family, the Biblical (or even the traditional) family.

The Wicked World is Calling

While much of the pressure to destroy the Biblical family is coming from a Communistic ideology, that is not the only enemy 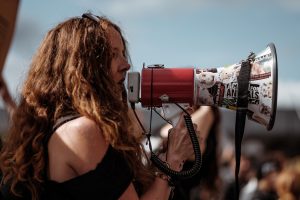 attacking the Biblical Family. Everything from TV, Movies, Social Media, romance novels, pornographic web sites, magazines, and even from within the church, temptations are voluminous. Within the so-called Christian community, by those who identify with the God of Scripture, adulteries are commonplace. Government anti-God indoctrination camps called the public schools, are all too common and even defended by so-called Christian parents in an effort to shirk their God commanded responsibilities to educate their children in the fear and admonition of the LORD. Fathers and mothers along with single Christian in violating the commandment which forbids fornication and sexual uncleanness. This simply adds to, and even speeds up, the family’s demise.

Whenever God’s spokesmen, the pastors, refuse to call out adultery, fornication and the anti-Christian education system as sin and a crime against the family, punishable by excommunication and in some cases with legal sanctions, the destruction of the Biblical Family will continue – and that from within the Christian church.

The Remedy Amidst the Crisis 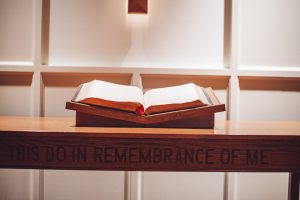 One might argue that if only the fear of God was reintroduced into the church adultery, fornication and the destruction of future generations visa vis government schools would diminish. Then, it is assumed, that the family would be safeguarded. While that is largely true and a much-needed pulpit message, it is only part of the remedy. Men and woman must safeguard themselves by first, loving God totally. If husbands and wives would love God more than anything else in this life, they would seek to do everything in their power – aided by the Holy Spirit – to safeguard their Covenant Marriage and educate their posterity according to Deuteronomy 6. As a result, husbands would love their wives. Wives would love their husbands. Both would love their children and, therefore, be willing to sacrifice the fleeting pleasures of adulterous relationships, and the lure of government schools, no matter how difficult a burden. Marriage takes effort. The education of children also takes effort and mush sacrifice. Successful obedience to the commands of God takes much prayer especially when it comes to being insulated from the mosh-pit of sexual promiscuity, and economic opulence, which has flooded every area of life.

Adultery is in the heart of mankind as a result of the fall. Adultery is the nuclear bomb that destroys the family with vicious 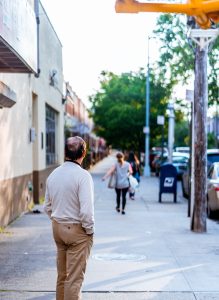 mayhem. That is simply the fact of the matter! Moreover, adultery’s fallout, its unintended consequences, is as devastating as the act itself. When the Love and Fear of God is not cultivated, Men and women will be more prone to look elsewhere for a relationship especially when things either get difficult, stressful, boring or simple out of curiosity. If these sinful temptations are not met with by the Grace of God unto the mortification of this wickedness, men and women will be easily compromised which will lead to the further destruction of the family.

The Biblical Family that God created to subdue the earth is under attack. If America is to be spared, and if there is to be any advancement of the Kingdom of God and His righteousness, pastors must do all they can to educate their flock as to the dangers of infidelity, the miseducation of children, and its cultural impact globally.  If your pastor is not ministering to your congregation on importance of family fidelity ask him to add that to his sermons. Consider some recommendations.