The Illegitimacy of Government Schools 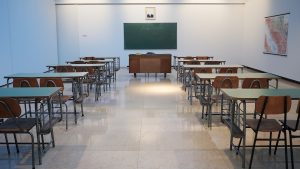 If you want to read about what the government schools teach, their atheistic philosophy, revolutionary goals, or the history behind why they were created and how education was hijacked by the anti-Christs, you can go to a myriad of books on that subject, all of which condemn the government schooling system as immoral, atheistic, and detrimental to both the family and the culture. The fact that the government school system is founded on a Marxist and secularistic foundation is not the thrust of this article. For that information you can read the following books, all of which are available from The New Geneva Christian Leadership Academy Book Store.

The following list of books can be found here: https://www.newgeneva.us/store/

The Harsh Truth About Public Schools 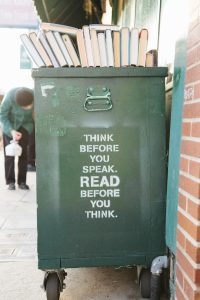 Indoctrination
The Victims of Dick and Jane
The Messianic Character of American Education
God Does Not Want You to Send Your Children to School
Education; Does God have an Opinion
Revolution Via Education
Worldviews In Conflict (Chapter 14)
Intellectual Schizophrenia
The Christian Curriculum
Apostate
The Philosophy of Christian Education

What Is a God Ordained Institution? 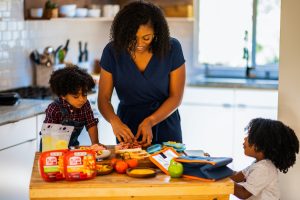 God has sanctioned only three societal institutions to exist and function cooperatively within the created order; the family, the visible church, and the state (government). Each of these are divinely commanded to function within a limited jurisdiction clearly detailed in the holy scriptures. Each of these institutions are to cooperate to some degree together, but none of them are to extend past their ordained limitations. For example: since God has expressly commissioned the family (mommy and daddy) to provide the primary source of education for the child, (sometimes with the aid of the church), the state is not given that jurisdiction. As a result, the state must recuse itself from that task or be in rebellion against God. The state cannot take to itself the role of the family, nor can it take to itself the role of the church. The only role of the state in the education of the child, if it is to have any part whatsoever, is to make the culture safe for the family and the church so they can perform their God given task of educating the child. This means the state is NOT to place any restrictions or burdens on the family or the church so it can achieve its educational goals. Since the family is the primary institutional apparatus for education, the state cannot be as well. Therefore, for the state to install itself as an educational institution for the primary training of the child is to usurp the family’s role and violate God’s created order of society. Once God’s social order is violated chaos results. 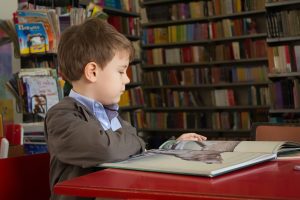 These passages are covenant commandments that are especially directed at the parents in regard to the education of their children. Education is a covenant responsibility. To shun, pervert, disregard, or rebel against it is to rebel against the covenant, making the rebel a covenant breaker. To put it bluntly; parents who refuse to abide by the clear commandment of God to train their children in an expressly Christo-centric education fashion are covenant breakers. In a word, placing children in an anti-Christian statist environment is akin to sacrificing them to the gods of Molech. Moreover, whenever God’s commandments are willfully broken, disregarded, or perverted, those guilty of that offence cannot claim that they love God. Jesus plainly stated, 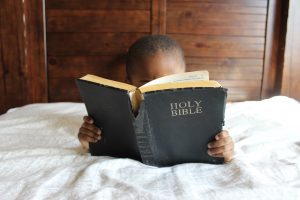 To forbid the child to be educated in the family institution is to destroy an entire generation and hamstring the advancement of the Kingdom of Christ by future generations.

“And they brought young children to him, that he should touch them: and his disciples rebuked those that brought them. But when Jesus saw it, he was much displeased, and said unto them, Suffer the little children to come unto me, and forbid them not: for of such is the kingdom of God.” Mark 10:13-14

When the Scripture states that “The disciple is not above his master: but every one that is perfect shall be as his master” (Luke 6:40) he is saying that the student will become like his teacher. Therefore, if the teacher holds to an unbiblical or immoral world and life view, the student will eventually hold to that same ideology. He will be instructed to think and act like his teacher. By placing the child under the tutelage of worldly instructors is to teach them to be worldly. Placing them under the statist system which indoctrinates the child to think of certain perversion as normal is to undermine the order of God’s world.

Get Them Out Now! 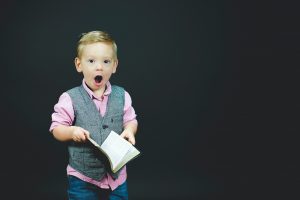 The culture is in the moral tailspin it is today as a result of the christian community allowing the state to indoctrinate God’s heritage. The ax falls more heavily on pastors who refuse to rebuke those parents in their congregations for giving their children over to a godless state. What the church should be doing is encouraging parents to remove their children from the statist system by providing alternatives. For those that refuse to remove their children, or make excuses for their children to remain in the statist system, should be strongly rebuked if not ecclesiastically disciplined. While this may see harsh, the consequences for allowing christian children to remain the statist education system will be intolerable as God’s hand of judgment falls on family, church and state. If Christians sow the wind, they will surely reap the whirlwind. God will not be mocked! 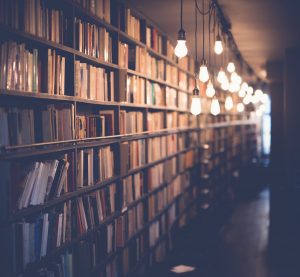 The Role of the Church

You cannot beat something with nothing. In order to remove christian children from one thing to another, an alternative must be established. What is needed is an educational apparatus that is Christo-centric in doctrine and practice that parents can use instead of the state school. While home education is what God commands, many parents need help in exercising that commanded duty. This is where the Church and its congregants can help by providing the following;

Once an educational alternative is perfected and made available, removing children from the belly of the beast into an atmosphere of truth and righteousness will be easier.

If our heritage is to be redeemed from the poison of the anti-Christian statist system of schooling, pastors must lead in this movement. The time to remove christian children from the state’s godless system of gender confusion, critical race theory, Marxist ideology, racism, immorality, and a host of other perversions, is now more than it has ever been before.