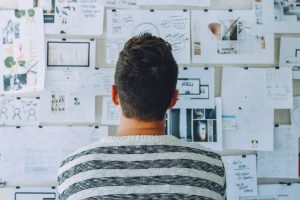 Once we have developed a significant rapport with our community, and its leaders, by making ourselves visible and trustworthy, we can then begin to transition from the discussion of ideas to the implementation of those ideas. This is where the real work begins. It is far easier to discuss ideas and possibilities than it is to actually execute them. Once an idea “hits the street” the real vetting begins.
IDEAS DON’T JUST HAPPEN 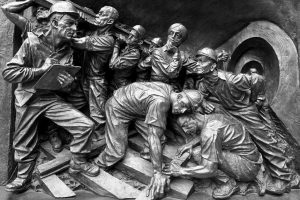 An idea doesn’t become a reality all by itself. Just because an idea is great doesn’t mean it becomes concrete ex nihilo. No idea can take on a life of its own out of nothing. Effort must be put forth for that idea to become a reality. This also holds true when it comes to Biblical solutions to real problems. Just because there is a Biblical solution to individual, family or cultural problems does not mean that those problems will be solved. In order for problems to be solved the solution must be applied.
The CEO of Behance, Scott Belsky has it right.
“The misconception that great ideas inevitably lead to success has prevailed for too long. Whether you have the perfect solution for an everyday problem or a bold new concept for a creative masterpiece, you must transform vision into reality….having an idea is just a small part of the journey, perhaps only 1 percent of the journey”. 1 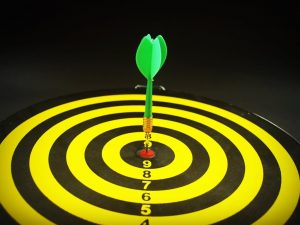 TRANSFORMING YOUR VISION: GOALS
In order for you to transform your vision into reality, you first must set a goal. If you do not know what you are trying to achieve you can never achieve it. The goal must also be measurable. You need to know whether or not you have reached your goal. Secondly, that goal should be broken down into sub categories or measurable check points.  Check points help to either confirm our direction of redirect it. They become safeguards so that we do not waste time on efforts that are ineffective. 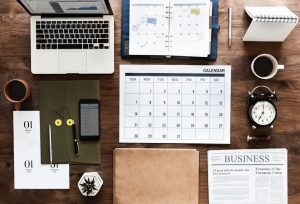 TRANSFORMING YOUR VISION: ORGANIZATION
Every plan must be executed in an organized fashion. Organization is essential for success. There are dozens of organizing tools available today to assist in goal setting and organizational tactics. The list goes from old school “Day Planners” to high tech Smart Phone apps which can help plot your every move. Choose the one that is right for you. If it helps to organize your vision then use it. I use the rule of three for every project that I undertake. 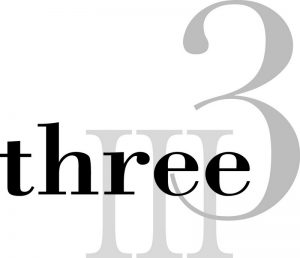 THE RULE OF THREE
The first question I ask is what three things need to be accomplished to reach my goal. For instance; if my ultimate goal is to introduce a policy change in the tax structure of my local community I need to figure out what three things I need to do to get that accomplished.
Perhaps I’d first want to build a relationship with a city councilman. Then I’d want to do some research on the tax structure and what the city budget is so I can see where cuts can be made. This might require building a relationship with the tax assessor’s office and the city treasurer.
The next step is to ask what three things need to be done each week to bring this to pass.
Then I’d figure out what three things I would have to do on a daily basis to bring about my desired end.
These are not usually the same three things since to accomplish any goal many things need to be done for its success. This requires organization and focus both of which provides a manageable and measurable structure for the execution of your ideas. The Rule of Three sets up the necessary “Action Steps” which must be executed to reach your desired goal.
TRANSFORMING YOUR VISION: THE PROJECT 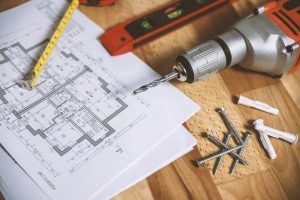 Every idea should be approached as a project with a beginning and an ending point. It must be carefully organized and structured in such a way as to prioritize each element of the components of that project in such a way as to maximize its effect.
Scott Belsky has a formula for making Idea’s happen.
Making Ideas happen = ideas (as the catalyst) + Organization + Communal forces + Leadership capability. 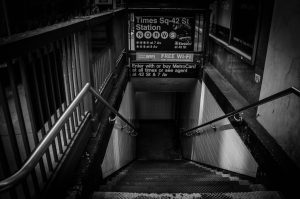 A CASE STUDY
In 1994 we had a goal of handing out 100,000 gospel tracts, which would be handed out throughout the New York City subway system during the evening rush hour commute home. It was both an ambitious and an incredibly challenging goal. The NYC subway system is huge, which meant that we not only needed volunteers to man the many underground subway stations, we had to have a well organized plan and everyone had to be familiar with it. This is where our communal forces and our leadership capabilities became very important.
First, we designated a room with a large wall-sized cork board. It was fondly referred to as “The War 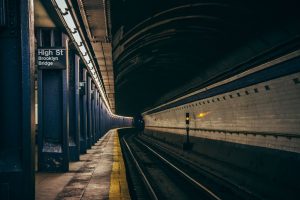 Room”.  At the top of the cork board we placed the names of five designated “Team Leaders”, one leader for each of the five boroughs of NYC; Manhattan, Brooklyn, the Bronx, Queens and Staten Island. Each Wednesday, the Team Leader would bring a case of Gospel tracts to a central location within the subway station that he was assigned to. Under the names of the Team Leaders were other names. These volunteer were to meet the Team Leader with a back pack, fill it with tracts, and then disperse to their designated subway system. Once on the subway platform each member of the team would hand out tracts to those that were interested making sure that if any tracts were thrown to the ground they would clean up the mess. After only a very short time we had handed over 100,000 gospel tracts by using the NYC subway system. 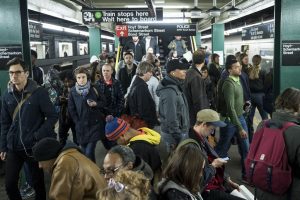 The key to accomplishing that goal was organization, coupled with leadership and a community of willing volunteers. The idea of handing out 100,000 tracts had only become reality because it was organized as a project and then executed in real time by real people. 1 Making Ideas Happen, By Scott Belsky, Penguin Press, 2012 pg1
By Rev. Dr. Paul Michael Raymond|2019-08-22T19:55:28+00:00July 5th, 2018|Uncategorized|0 Comments