When The Judgment is Now 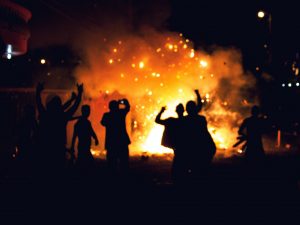 In an Epoch Times opinion piece by Victor Davis Hanson, he writes, “Americans are now entering uncharted, revolutionary, territory.”  This is a profound statement as well as a painfully obvious reality. A carful assessment of America’s situation can only result in the realization that there is a systemic unraveling of every area of American civilization which is reminiscent of the last days of the Roman Empire.

While this downward spiral may be something new for America, it is a very common occurrence in the past historically. Hanson points out some of the areas that are obviously deteriorating in our nation. He cites international unrest in the Ukraine, Russian and Chinese aggression, the economy, immigration, food shortages, gasoline pricing, and the breakdown of American traditions mainly the traditional family. In addition to these he points to the corruption in the halls of Government, and within the justice departments on both the State and Federal levels. 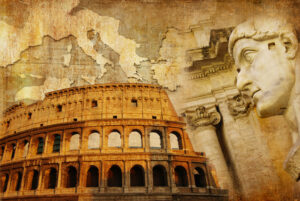 showing up at Supreme Court justices’ homes to rant and bully them into altering their votes… There is no free speech anymore on campuses. Merit is disappearing…. Inflation was a deliberate Biden choice…[and] the common denominator in all of this is ideological overruling empiricism… and pragmatism… When revolutionaries undermine the system, earn the apathy of the people, and face looming disaster in the polls, it is then that they prove the most dangerous…”

America is facing what myriads of nations and empires have faced throughout history; destruction. There is nothing new under the sun. America is no different than all the other empire and nation that have forgotten God, and were destroyed because of their negligence. While America is unique, they are not immune to God’s wrath if they rebel. While Hanson rightly identifies what is actually happening in America, he is only stating the WHAT, and not the WHY. 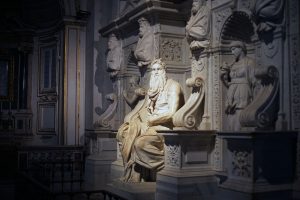 The Metaphysics Behind the What

Whenever a nation forgets God, God responds negatively in judgment. Herein lies the WHY. Consider what should be obvious to America but is not. I must add that this reality of God’s judgment is not even obvious to churches and their leadership, which, then, essentially become part of the problem.

In stark detail, Deuteronomy 28 sets forth what happens to a nation when it forgets God and replaces Him with either man as God or the State as God.

De 28:15 ¶ But it shall come to pass, if thou wilt not hearken unto the voice of the LORD thy God, to observe to do all his commandments and his statutes which I command thee this day; that all these curses shall come upon thee, and overtake thee…

According to Deuteronomy 28 rebellion brings curses. These curses are no incidental problems. They are systemic and 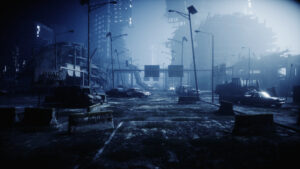 comprehensive. Note the phrase, ‘all these curses shall come upon thee, and overtake thee’. What Moses is telling Israel, and every other nation that dares to rebel against God and His Law, is that these curses will completely swallow up the nation. They will over-run the entire societal order, destroying the culture by bringing the nation first into abject chaos and then abject ruin. God lists exactly what He will do to such a rebellions nation in the verses following. Read it for yourself because America has been experiencing all of God’s curses thus far. This is not a coincidence.

The Rev. Erwin Lutzer in his book, “When a nation Forgets God” posits 7 lessons that America must learn from what happened in Nazi Germany. Sadly, there are many more than 7. I suggest you get the book and read it. 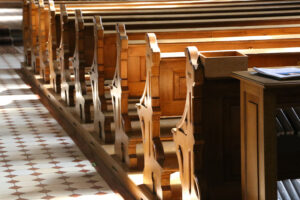 Of course, everyone bears some of the blame but it is primarily the fault of the American Woke church leadership who have refused to enter into the realm of American life with the Message that Christ is King over every area of the nation, in particular the Government. Today’s snow-flake effeminate, fearful pastors have produced a snow-flake effeminate congregation in an effort to maintain their own 4-walled ghetto fiefdoms. No longer is the church militant and triumphant, instead it has been reduced to a sniveling band of sheep waiting to be shorn by the hirelings. These false prophets have repudiated the commission of Genesis 1:28-29 by entering into a covenant with the State (aka the 501 © (3) alliance and the many woke issues of the day) in order to be shielded from having to engage the culture for Christ Crown and Covenant. These coin operated ministers, so-called, have exchanged the TRUTH of God’s Word for Esau’s pot of blood red pottage. Not only have they chosen to hide-out, adding sin to sin, they have also chosen to condone the evil by embracing the wickedness that the State and their evil emissaries offer. In an effort to be more “loving” and “tolerant” they have effectively become viciously intolerant of anyone that disagrees with their interpretation of the TRUTH of God’s Word.

The Church Compromised and Destroyed 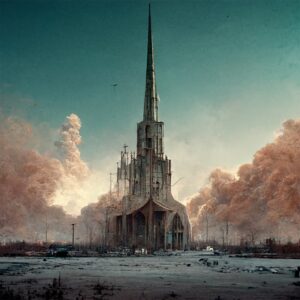 It doesn’t really matter what a group calls itself. It is known by what it stands for and by what is does. The word used in Scripture for CHURCH in the New Testament is the Greek Word Ecclesia. It literally means a sanctified body of people called out so as to be separated for a particular purpose. That purpose is to proclaim the Crown Right of Jesus the Christ, Who is the Sovereign King over all nations. According to Psalm 2 all nations must bow to His law Word or be destroyed under His righteous judgment and wrath. And so, whenever the State, or any individual, family, apostate church, institution, or nation, tries to usurp the legitimate rule of Christ, the True CHURCH is to immediately respond. It is the Holy Scripture that defines good and evil, right and wrong, legitimate governance in opposition to illegitimate governance. Defining reality is the Divine prerogative of the Creator of the Universe. And yet, the modern church has miserably failed to fulfill her watchman commission by first, not defending the TRUTH and second, by yoking themselves to the workers of iniquity.

When is the church not the CHURCH? 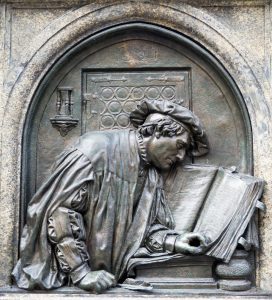 and or practices that fly in the face of Holy Scripture, can they rightly be called The CHURCH of the Living Christ? The answer is a vehement NO!  These so-called “church groups” should not to be allowed to blaspheme the Name of God unchecked, by claiming that they speak for Him as The CHURCH. They do not speak for God, nor are they to be considered faithful to the TRUTH. Therefore, under no circumstances should they be allowed to speak for God, but rather, they must be called out as liars and reprobates publicly in letters, fliers, blogs, pod casts, radio commercials, newspaper adds, op-ed pieces, and pamphlets. The True CHURCH, which is made up of redeemed sanctified individuals, called out of the wickedness of this world, is to stand and declare the TRUTH in an age of vicious evil propaganda and lies. It is time to call out the false church for what it is, and draw a distinct line in the sand as to what is True and what is evil. Only in this way can there be any hope for the salvation of these united States of America.

Note: The True CHURCH is capitalized, whereas the false, institutional church, is identified in upper and lower case letters.