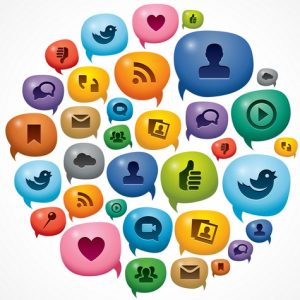 According to 1 Corinthians 1:18 the Gospel itself is the power of God to all those that are called. The method of its disbursement is through the economy of preaching; or to put it another way, by word of mouth marketing. This ancient strategy, of what is now called Social Transmission, should never be under estimated. Word of mouth transmission is what makes a thing contagious. Whenever there is the human element attached to setting forth an idea it telegraphs a passion. Only people can do that. Newspaper advertisement campaigns cannot nor can radio ads. These, as good as thy might be, cannot transmit human vision or passion.

The Transmission of Experience
Whenever person A tells person B of a thing, it is because person A has had some kind of experience of importance what that thing. This can be either a positive or a negative experience. Whatever the case, the impression is both strong and memorable. It is, however, more than simply strong and memorable it is usually actionable.
For instance: If I tell you that I have had a terrible experience with a certain health product you would most probably steer clear of using that product. On the other hand, if I testified that a certain health product did wonders for my overall health you might be tempted to give it a try yourself. Either way you have acted upon my word of mouth transmission of an experience. 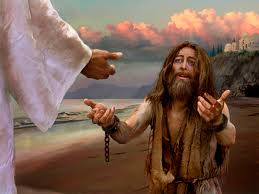 Social Transmission and the Gospel
When Jesus healed the man possessed with a legion of devils, He told him, “Go home to thy friends, and tell them how great things the Lord hath done for thee, and hath had compassion on thee.” Mark 5:19 Christ was commanding the man to give a ‘word of mouth’ testimony of what God had done. When something is important, people talk about it. That is what makes things contagious. It is the real-life story which generates a buzz and draws people, beginning with friends and neighbors, into the experience. It is often the personal experience shared by others that makes their hearers want to experience it themselves. 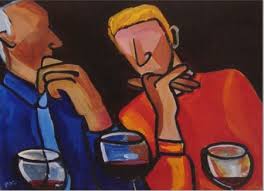 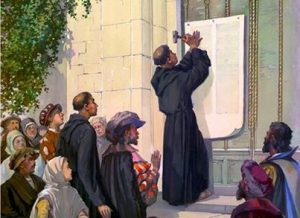 The Reformation and Word of Mouth
The Reformation was a word of mouth event. All Luther had to do was post his ideas on the door at Wittenberg for people to start talking. Word of mouth, i.e. social transmission, did the rest. It didn’t matter that the original writing was in Latin. Once the ideas were translated into the common tongue they caught on like wild fire.
Why was Luther’s ideas so contagious? Obviously, people were ready for it. It resonated with the common folk. It spoke to something that was already in the subconscious of the masses and they ate it up. They took action. The Reformation promised life changing results. It viewed the World as God’s World and His Law was the organizing tool for society’s redemption. Every institution was to be subservient to the King of Nations. The idea that God’s Law was to be applied to every area and realm of the culture was something new. Until that time the world was divined into the sacred and the secular. The Reformation would change that. The Reformation challenged the status quo. Now people saw that everything belonged to God and everyone was to come under His Lordship as Lawgiver, Judge, and King.
Social Media and the New Reformation

I believe today’s social media was providentially introduced into the world to inaugurate a New Reformation. Its success is predicated upon its ability to unify the saints for the advancement of the Kingdom of God. However, while Social Media can be a path for a new Reformation it is also a test to see who will use it profitably for God.
Social media is a word of mouth tool. It is to be used to encourage, galvanize, challenge, and equip the saints. It is a vehicle where the saints can share Kingdom advancement strategies and tactics. It is a globally conspicuous market place of Biblical ideas hatched and refined for the Glory of God. Sadly, I am afraid that it is not being used to the extent or purpose intended.

The Social Media Temptation
Kingdom building is not about what one person can do alone. It is about what the entire Body of Christ can do in concert, working together for a common God Glorifying, Christ-o Centric end. Within the ranks of Christendom, social media however has turned into a soap box for self-proclaimed gurus in order to advance their economic agenda. Every theological pendant is being tested to see whether or not they are seeking to advance God’s Kingdom or their own. Social media often devolves into a battle ground for innuendo, slander, verbal abuse and sarcasm. Instead of equipping Reformed Christendom and galvanizing it to work as a unified Body, social media seems to have divided it further.  This is because we have forgotten what social media is for.
Generating Word of Mouth 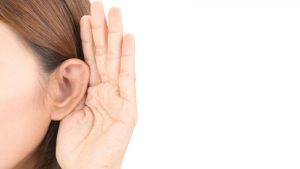 Social media is not simply Face Book. It includes Twitter, email, blogs, chats, websites, Skype, Google Plus, Go to Meeting, conference calling hubs, Sermon Audio, and a host of other internet venues that are flooding cyberspace at this very moment. These are tools. Tools for the advancement of the Kingdom. These should be effectively used for generating conversation, for generating word of mouth experiences, challenges, strategies and tactics. They are for the advancement of Christendom. They should be used for that end.
By Rev. Dr. Paul Michael Raymond|2019-08-22T19:56:56+00:00February 6th, 2017|Uncategorized|0 Comments