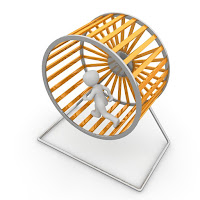 One of the strategies of the Monolithic State is “Time Appropriation.” If the State can commandeer the Christian’s time by forcing him to devote all of his time to mere survival via making just enough money to live, the State then can thwart any move for Christian Reconstruction from being realized.

If all your time is taken up with work just to survive and pay bills you cannot redeem any time for the things of the Kingdom unless your work is being used specifically for Kingdom advancement. Without a targeted plan that situation, however, is not usually the norm. Too may Christians have failed to use their careers in such a way as to advance the Kingdom and have thereby set themselves up to run the “Hamster Wheel” just to make ends meet,l or in some cases to buy more stuff. 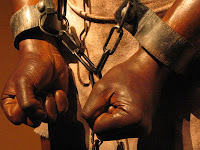 In order to keep Godly men and their families on the hamster wheel the State continues to impose every type of taxation upon them. This is the theology of unlawful taxation; feed the State so that it can continue to perpetuate its religion of secular humanism on its people and its demands of its monolithic ideology through legislation and coercion, to be as God.

In this way time is appropriated by the demands of the State. They not only own your time, they own you. But if that is not enough to make you furious they also own your future and if this pattern is not broken they will also own your children’s future.

The Christian that finds him or herself on the State’s hamster wheel must make a conscience decision to be liberated from its cyclical prison. The question is not how much money can we make, or how many things we can buy, but how many things have we done for the Kingdom. How productive were we in our lifetime for the Glory of God and the Gospel’s advance? It’s never a question of how much money do we want but rather how much money do we really need, and to what purpose do we use our finances. It is a fact that the blind quest for cash is a fools errand. Working for mere wages without a Kingdom plan is folly and vexation of spirit. 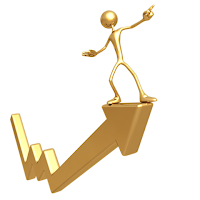 Too many within the Christian community go through life without a clear definition of its meaning. Too may do not really have an active life plan based upon Scriptural mandates. For them life is passive. There is no real life’s design God-ward. What is more discouraging is too many Christians fail to realize that they are commissioned to make an impact in the world for the Glory of God and not merely for the glory and financial success of themselves. The question that each of us must ask is “What is our contribution to the Kingdom’s advance?” If we cannot answer this then we have not contributed to its advancement and we must then rethink our entire life’s purpose and whether or not Christ is the central hub or life.