The Metaphorical Shedding of Innocent Blood by the State 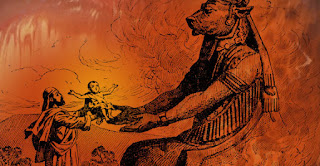 Man, by being created in the image of God has an a priori knowledge of God. He begins with a conscience whereby he intuitively knows right from wrong, good from evil. In his natural state, however, he suppresses that knowledge in unrighteousness. Now two things can happen to that individual especially when it is in its innocence as a child: Its rebellious nature can be enforced or it can be mortified.

Since all educational constructs hold to a particular set of worldviews, either God-centered or man-centered, it cannot be neutral. It will either affirm God or deny Him.Children are susceptible to outside influences either good or evil.Education will either reinforce one or the other. While children are prone to evil by the fall, that evil can be mortified by a Godly environment. Even within an environment of moralism, and their education based upon traditional standards of right and wrong, the child is better off since an ethical upbringing resonates with the child in later years.

What is Actually Taught In Government Schools?

● Man is the source of all knowledge – Not God. Man is the measure of all things.
● There is no such thing as sin. Man simply makes mistakes.|
● Divine revelation is a religious myth and Biblical infallibility is impossible.
● Jesus was a good man and a moral teacher like Gandhi, Buddha, Confucius and others but not God incarnate.
● It is man that decides what is right and wrong, good and evil, culturally acceptable or unacceptable.
● The child is taught that there is no such thing as absolutes and that empirical reality (those things that can been seen or scientifically proven) is the only reality. God is not the source of truth, wisdom or ethics. Epistemologically, everything is relative.
● The impact of secular humanism via modernism and postmodernism has all but destroyed any hope of a moral society outside the intervention of God.

The government schools do not need reform, they need to be replaced. From the beginning they have sworn to educate from a humanist, Marxists, Socialistic platform, and they have been very successful. Reform is not the answer. Replacement is.

The agenda of Statist education, however, is not complete. Now the captains of the culture’s re-alignment downward are implementing curricular which applauds alternate lifestyles and sexual perversions which God has condemned and which history shows to be the final leg of destruction for a nation. 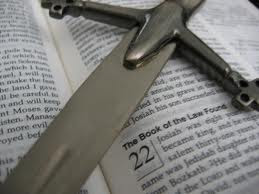 Christians everywhere must object with action. Words are not effective. To do this there needs to be alternative Christian-based home education which is supported by the church and para-church organizations. If your church refuses to implement support it is time to depart from that church. Those churches are part of the problem since they have rejected God’s commission to be part of the solution.

It is time to exodus from Egypt so that the saints may enter into the promised land of true liberty and spare the nation from utter calamity.