In light of the unbridled wickedness of the Appomattox county supervisors I was compelled to write this second letter of rebuke and warning to the editor of our local newspaper. He graciously printed it. 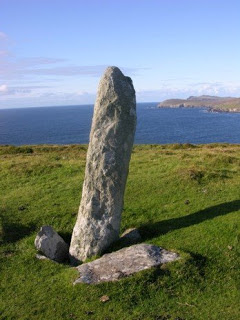 The Hebrew word for “Landmark” is actually the word “Boundary”. Before the extensive use of fences, landed property was marked out by stones or posts, set up so as to ascertain the divisions of family estates. There are still remnants of these posts found in Appomattox. Without fences, however, it was easy to remove one of these landmarks, and set it in a different place; and thus the dishonest man could enlarged his own estate by confiscating that of his neighbor’s. So sacred were landmarks and landholdings among the Romans that any violation of those boundary markers could result in death.

The Scripture warns, “Cursed be he that removes his neighbor’s landmark. And all the people shall say, Amen.” (De 27:17) Historically landmarks were used to section off property boundaries of private ownership. These were not to be moved for any reason, except perhaps if a portion of the property was to be legitimately sold to another by mutual concession.

Landmarks and borders act as a protection against property confiscation. They are safeguards, in behalf of the property owner, against any outside individual, institution OR State’s arbitrary confiscation of that property. In fact, according to Scripture, family property could not be sold without disinheriting the next generation. That was forbidden. It is in this way that property is directly tied to the family and the family’s healthy continuity throughout many generations. 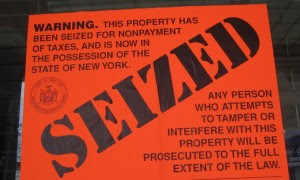 The confiscation of property is a direct attack upon the family and a move to disinherit it from its rightful, and God given, inheritance. It was for this reason that Naboth would not sell his field to Ahab.(1 Kings 21:1-3) Today’s inheritance confiscation however, comes in the form of property taxation. Taxation is the gradual confiscation of private property. Many people who own their homes are paying what almost amounts to a rental fee in taxes; and, it seems, in Appomattox recently, the end is not yet near.

Whenever property taxes are increased it is the same as removing the property landmark resulting in the legitimate landowner owning less and less of his original landholdings. This is a clear and dangerous violation of Scripture and a blatant violation of ethical integrity. While property taxation may be legal it doesn’t make it right. Fredrick Bastiate called property taxation “legalized plunder”.

Yet, not only is the gradual confiscation of land through taxation theft and an attempt to ultimately disinherit the family of their economic security and generational succession, it is an assault against the very Covenant of God Who correlates liberty with property ownership.
Governing officials have a responsibility to protect the property owners from any and every form of confiscation by taxation. What seems to be the norm has become the exception. Those sworn to protect property ownership have become the plunderers. Theologian, historian and economist Dr. Gary North is crystal clear as the proper role of government leaders. 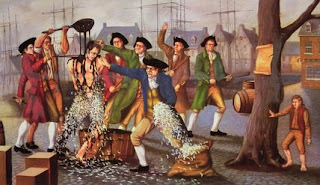 “The State is required by God to defend the legal boundaries that establish private property, not invade these boundaries in an illegitimate messianic quest to bring positive sanctions to the poor. The civil magistrate is figuratively to stand inside the boundaries beside the property owner to defend him against any threat of invasion by a non-owner. He is not to stand outside the boundaries by the side of the non owner; threatening to invade. Defenders of the welfare state reject this view of the civil magistrate. Because so many of these defenders are orthodox theologians and church leaders, Christian social theory today is either non existence i.e. baptized humanism, or under minded by humanism.”

The root of property taxation is covetousness. Ahab and Jezebel were insatiably covetous. When they saw that they could not coerce Naboth to sell his field they killed him. They disinherited his family lineage through murderous means. It was because of this that God brought down a heavy sentence upon them both. God hasn’t changed since. He will vindicate the rightful property owners from every form of confiscation.