Scholarship and the Theological Library Part 2 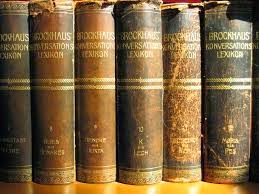 In an effort to disseminate knowledge, encourage scholarship and a broad understanding of the world books of knowledge were written called encyclopedias. Various types of these books were published since early antiquity beginning with the collected works of Aristotle and Pliny the Elder.

During the Middle Ages encyclopedias were published both in Europe and in China. Depending upon the world and life view of those that compiled the works they would either be God-glorifying or pagan in origin, purpose and conclusion. These encyclopedias were a strategic attempt, either consciously or sub-consciously, to impose a certain worldview upon its readers. For the most part the encyclopedia publications were humanistic at best, blatantly anti-Christian at worst 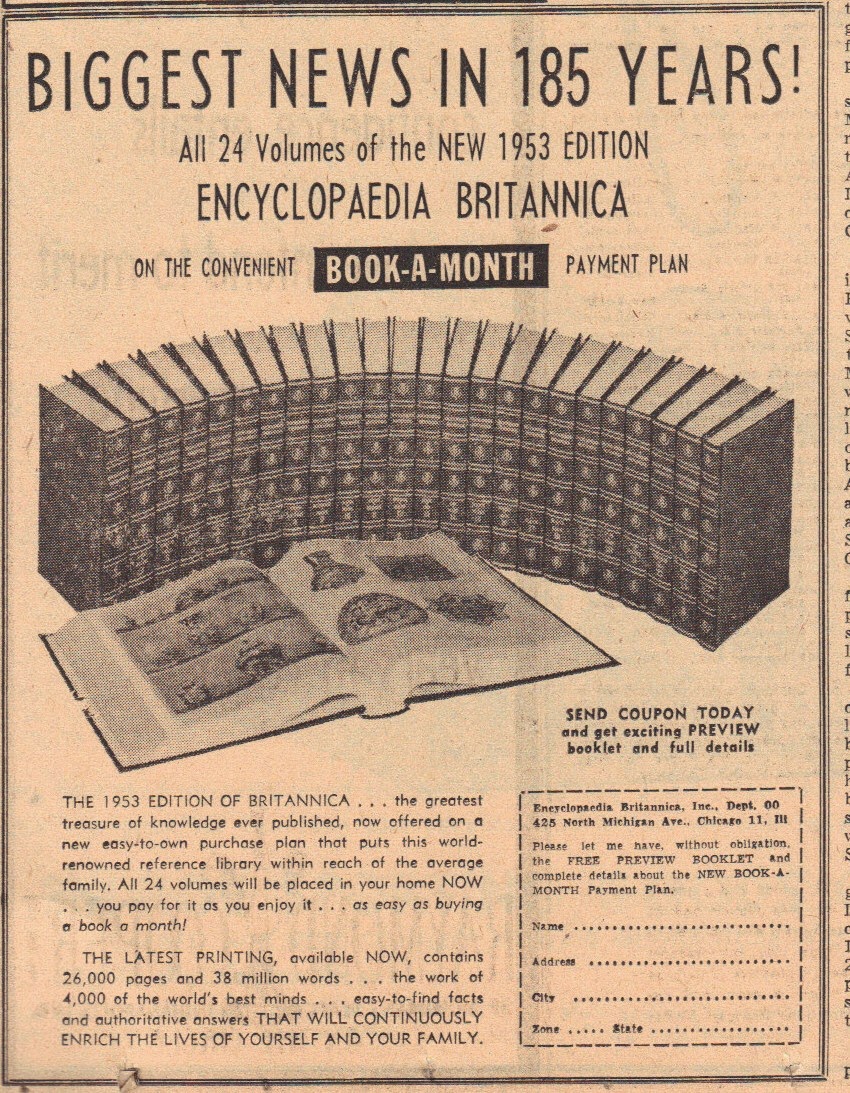 According to Herman Kogan the Encyclopedia Britannica was the idea of Colin Macfarquhar and Andrew Bell of Edinburgh in the mid 18th century. It was a conservative reaction to Denis Diderot’s volume which propagated the anti-Christian sentiments of the French Enlightenment. Diderot’s work was not at all Christian since it based its presuppositions upon the Scottish Enlightenment and not Scripture. It is clear that his intentions were toward the establishment of a humanistic dominion philosophy by virtue of an elaborate and comprehensive  encyclopedia. If Diderot could camouflage  his humanistic epistemology in the guise of and encyclopedia then everyone would use it as a reliable source of truth. 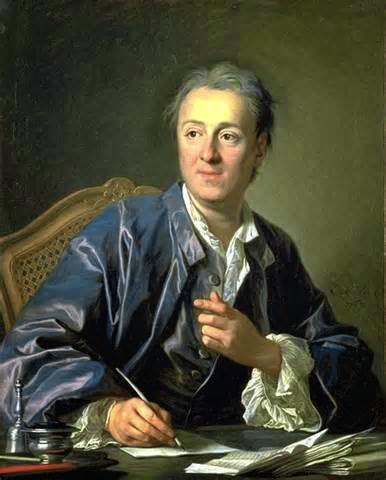 “Diderot’s intentions [were to establish] humanistic dominion with an encyclopedia: when the only codification of human knowledge is humanistic, then that’s the lens everybody will use to look through. The concept of the library as a tool of dominion, [is] one used heavily by our opposition, but neglected by us. When you look something up, you get the humanistic perspective on it, because it’s the only one available. This is due to Christian dereliction.”

Dr. Selbrede’s insight is eye-opening. What the Christian community needs is an encyclopedia source-book which is faithful to Scripture and one which can be used both as a defense against Diderot’s version and a tool for the advancement of Christ’s Kingdom.

William Smellie’s  version was also a manifesto of humanism. He was commissioned to produce the work even writing most of the first edition by emphasizing the ideas and worldviews of Voltaire, Benjamin Franklyn, Alexander Pope and Samuel Johnson all Enlightenment humanistic thinkers with some only a slight semblance of Christian ideas and tradition.


Scholarship in the Truth

Modern Christianity lacks, not only sound theological libraries that are 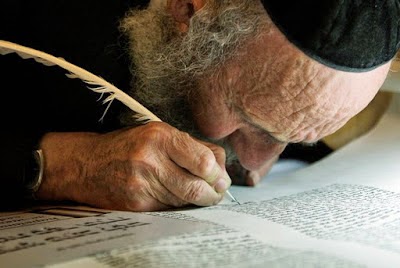 structured expressly for scholarly research for the defense and application of Biblical Truths and strategies, it lacks the passion for scholarship. The admonition by the apostle Paul to “Study” is taken far too lightly and even at times ignored entirely. The “common pew sitter” expects the pastor or the Theological professor to study but they do not think it necessary for them to study.When is the last time a cry was lifted up for a thoroughly Reformed, Biblically sound library to be erected in a local community. I say a local community so that anyone can delve into the knowledge of God’s Truth. 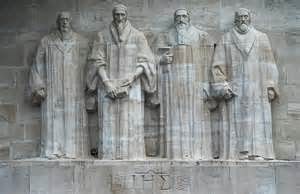 I have always loved books. I saw a wisdom in them that was beyond my intellect and a purpose that I knew far excelled my wildest imagination. Perhaps it was my father’s love of books that influenced me. He cherished them more than any other possession. Whatever the case, God had instilled in me a love and passion for books. When God first called me in 1985, in order to learn more of His will and His theology, I began buying books. Good solid Christ-centered books along with some books that were useless. I read everything I could get my hands on. Along with the reading and studying Scripture I was reading incessantly. In the first year of my introduction to Biblical Christianity I read almost one book per week. I began selling many of my personal belongings in order to buy more books. Without consciously knowing it I was building a personal library that would impact many generations and ultimately launch the Theological Library at The New Geneva Christian Leadership Academy.

Eventually, after being called to the pulpit in 1992, I had more books than my home could support. Remembering the work of the great reformers and the importance of scholarship and study I decided to add all my personal books together with the books that our Theological Institute had already purchased in order to recreate The Genevan Academy library that Calvin, Viret and Beza must have had at their disposal. It was time to make all those books available to anyone with a passion for Truth and Biblical learning. It is this library that now is used at our Leadership College and Seminary.

I believe every city, county, town and or village should have a Biblically sound theological library available for its citizens – those with a thirst for Truth. This is the first step in Christian education and Christian Reconstruction. Without the knowledge of God’s Word and the practical application thereof, cultural revitalization God-ward is impossible. This type of library can be set up by anyone within or without the church but it first must be established in the homes of every family. 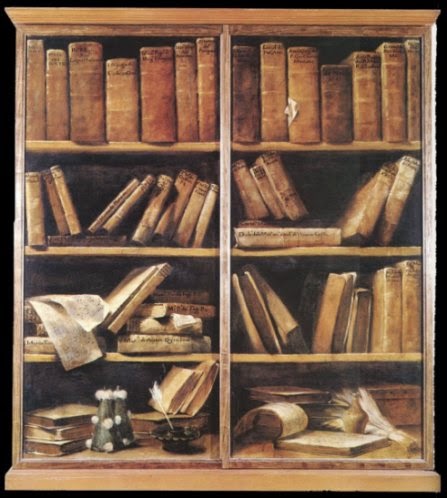 and to every child. A passion for scholarship must be impressed upon each family if Christendom is to take its place of honor in the world. With his dry wit, Selbrede admonishes all of us in the battle for the Kingdom, “With teeny libraries comes 90-lb.-weakling faith that deserves to have sand kicked in its face. A book will be important to you if you expend resources to purchase it, and especially if you esteem them at their true value. And expositions of God’s law are worth more than much fine gold.”
As a college New Geneva is mandated to house a wide range of study and research material but you do not have to start a college to build a family or a local theological library. All you need is passion and a will to see it through.

What New Geneva has established in a very small community is an extensive Biblical library which includes, not only theological works, but also works of history, philosophy, economics, history, counseling, education, art, music, science, leadership and business. Of its more than 100,000 books and documents including periodicals, pdf file and thousands of micro prints from the American founding Geneva is a well stocked resource. As the saying goes, “You can’t beat something with nothing” and a library is a good place to begin to regain Christian scholarship and formulate a plan for Christian Reconstruction.

The Tactics for Local Promotion 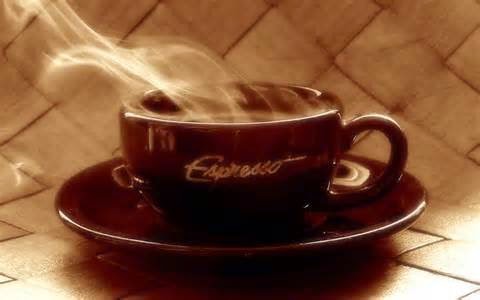 In order to promote Geneva’s library further we advertise that it is also an “Academic Café”. We host special speakers and conferences, offer library memberships, and have installed a modest coffee shop with snacks and free WiFi for its members, hence the name.

We  invite members of the town and county government to hold some of their meetings in our conference rooms which are stocked wall to wall with books. Part of our promotion is offering free coffee to the local Sheriff, his deputies, EMT and firemen just to get them introduced to our project. Local Christian schools are invited to tour our facility which we converted from a broken down tractor repair shop making small improvements little by little, year by year for the last 14 years.

Geneva’s Café foyer hosts a book store with some of the best Reformed and Puritan books dealing with every topic imaginable but focusing upon Theonomy and Christian Reconstruction.

Libraries like Geneva’s can undermine and eventually replace the local public library. It is one of the tactical tools for Christian dominion and Cultural Reconstruction. This should be a fundamental cog in the area of educational resources so that the only knowledge that men can access is the Knowledge of the Truth, used in its fullest cultural application, for then they will see God, and hopefully glorify His Name.