Slavery, Death and the Establishment of the Tyrant State 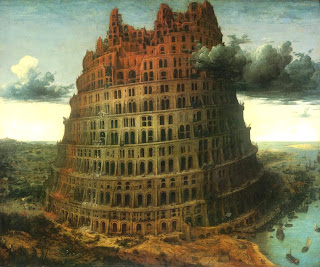 The modern Nation-State has become so pervasive in its influence and intimidation by its intrusion into the private lives of its citizenry that it seems as if nothing on earth can stop it. It has truly become the Leviathan of Hobbes and the Hegelian march of God through the world.The very idea that the State is now the messianic god of modern man, and especially of the American people is repulsive.  To forget the God of Scripture is bad enough. To replace Him with the State is pure evil and will result in total destruction. Hegel put it this way: 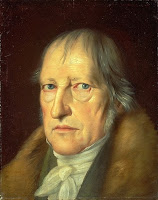 “The Universal is to be found in the State… The State is the Divine Idea as it exists on earth…We must therefore worship the state as the manifestation of the Divine on earth, and consider that if it is difficult to comprehend nature, it is harder to grasp the Essence of the State…the State is the march of God trough the world.”
While this notion may not be consciously accepted by many, in practice it most certainly is. This holds true for saint and sinner alike. Once self government and self responsibility for one’s own well being is neglected, the State quickly moves in with promises of life, liberty and the pursuit of safety. Yet, while promising these things it can only deliver slavery, misery and death. History bears this out and is its own proof. The Hegelian Sociologist Karl Mannheim assures us that the only alternative to a planned society is chaos. This of course is fear mongering and his conclusion is not only unfounded but it is patently wrong. What he is advocating is controlled planning by the Divine State who has envisioned itself as the life giving parent of all who dwell in its domain. This is despotism in its purist form.
It is disturbing enough that wicked humanists spew forth these ideas, but when they are held and promoted by those professing to be part of the Christian community, it gets worse. Once a perversion of the Christian religion synthesizes with the ideology of Marxism and Socialism destruction must follow. It has happened before and it can happen again if the people and their church leaders continue to remain ignorant and silent.
According to Herbert Schlossberg, “[Whenever] Christian images are merged 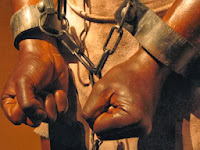 with Marxist conceptions, there is no depth to which the theoretician will not descend…[the] unfortunate fact [is] that there has been a loss of liberty in Communist nations and also a “liquidation” of large numbers of people…Marxism has proved to be a “powerful and efficient motor of social change. Thus history marches on and none can do nothing about the wreckage left in its trail.”

This is the “Change” that America has bought into. It is partly the fault of the government indoctrination camps called “The Pubic School”, but mostly it is the fault of the Clergy who have collectively bought into the lie of socialism, communism and Marxism, some without even knowing it.

While the clergy plan their Thanksgiving, Christmas, Easter and Pentecost celebrations, the State is crafting new plans to ensure slavery through collectivism policies. If a proper Biblical response does not emerge soon American society may very well unravel and be placed under a fascist system of Government which will be nothing but controlling, cruel and chaotic.
By Rev. Dr. Paul Michael Raymond|2013-11-13T21:54:00+00:00November 13th, 2013|Uncategorized|0 Comments