When contemplating the origin, logistics and end of the Christian life too many well meaning believers fall short in the articulation of it. In Chalcedon’s publication of ‘Foundations of Christian Scholarship’ (Ross House Books, Vallecito, CA.),  Vern  Poythress explains, in the simplest of statements, what the life- structure of the true believer looks like. 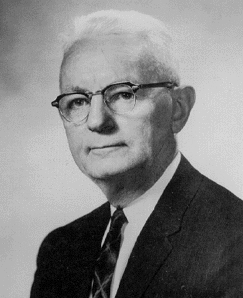 Motive
All of life’s action originates with a motive. At its root, motives are fundamentally religious. Man’s actions are a result of religious ideas. What a man believes, i.e. what he holds to as an ideology,  is sacred. It is this sacred personal ideology that he acts upon.  It motivates him to do those things which is moved to accomplish. The non believer constructs his life motivated by either money, fame, power, sex, emotion or any number of things which ultimately satisfies his lust for acceptance, and his desire to be self-authenticating. Simply put, man becomes his own God since he is his own justifiable reality wholly apart from God.
Cornelius Van Till explains,
“In this vision, he [man] sees himself as God. He sees himself as alone being able to determine what can and cannot be. He is, according to his vision, the source of all possibility…To make room for his own faith, the self-authenticating man must remove the Christian faith.”  The Case for Calvinism (1964) pp136-37
What then is the motivation of the Christian? It is simply the love of God. It is the divine forgiveness out of divine love that constrains the saint to sacrifice his life for the service of God and for the Kingdom’s advancement. This love is not expressed abstractly. Rather it is an expression both God-ward and Man-ward. It is expressed by loving and ministering to those within the body of Christ and to those outside by the declaration of God’s Law Word.
Standard
While love toward God is essential as the motivating engine of the Christian it

does not stand alone. There must be a standard by which the Christian executes his commission. That standard is the Commandment of God as it is expressed in the Law and in the Gospel. It is the Law of God that dictates how the saint is to act in any and every situation as well as what strategies and tactics are to be used for the advancement of the Kingdom of Christ’s Righteousness. 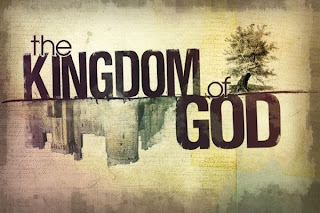 Goal
If the motive is love, and the structure is the Law’s unwavering standard, then the goal must be the Glory of God and the consummation of His Kingdom. This is to be accomplished through personal obedience diligently coupled with a consistent push to bring every institution of the temporal sphere into conformity to God’s perfect and inscripturated Law-Word so that the kingdoms of this world become the Kingdom of the Christ.
By Rev. Dr. Paul Michael Raymond|2013-06-17T18:50:00+00:00June 17th, 2013|Uncategorized|0 Comments