You only need desire to make something happen. With all the professing Christians in this nation why then is very little happening? Why are the principles of righteousness and liberty being systematically eviscerated from America’s law and culture? If the zeal of the Spirit is at work in the saints, what is holding them back from starting a Christ-centered movement that must be reckoned with?

Here are a few observations.

People generally are racked with fear. Governments rely upon this. If they can make people fear then they can manipulate them. Fear is a manipulative trait. Yet, Christ commands that the saints “fear not”.

He commands that we are not to be misdirected and ill focused by the fear of what is happening or what may happen. This is part of His Law Word. What the Christian must remember is that God is in total control and all that happens is according to His plan, be it good or evil. Nevertheless, He has commanded His people to go forward no matter what the situation. He has already equipped them with His Word, which is the battle sword of the Spirit so there is no excuse for not engaging the enemies of Christ. If we are stifled by fear we will lose our opportunity and even perhaps the blessing of God.

Our call to battle is part of the Covenant commandment of God. Ephraim was well equipped to defeat the enemies of God, yet they hesitated and retreated. As a result of their fear and the fact that they had forgotten God’s Covenant commandment and all that God had accomplished to date, they ran. 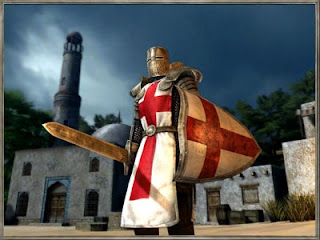 Ps 78:9-11 ¶ The children of Ephraim, being armed, and carrying bows, turned back in the day of battle. They kept not the covenant of God, and refused to walk in his law; And forgat his works, and his wonders that he had shewed them.

Some saints simply do not want to get involved since they are too busy feathering their own nest and building their own barns. They would rather someone else take the risk. These types are most likely not true Christians. Yet, they still can be useful if we are looking to amass numbers to show strength on certain issues. While they may be useful to some degree they certainly cannot be trusted or depended upon.

Sometimes when I speak to Christian people about changing the world they respond by saying that Christians are not supposed to change the world. In fact they assert that the Great Commission was never a commandment 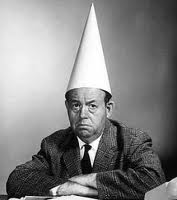 to change the world but rather a commandment to only change people. While they lament over the affairs of politics, government and the economy, desiring change, at the same time they argue that Christians are to disciple only people but not nations. What these well meaning folks misunderstand is that a change in people’s thoughts and ideology is a move to changing the nations and thus the world. But it is the world that we seek to change. When Christ commanded the discipling of the nations He did not mean only people, but entire societal structures. What Christians should be looking to create is a world where righteousness, justice and equity dwells and Godliness progresses. This is what it means to advance the Kingdom of God.

This category is probably the largest. Many desire to make a change but simply do not know what to do or where to begin. The result is usually the adoption of a tactic centered around some form of theological or political debate,  or most commonly a tactic which only focuses upon individual “soul winning” evangelizing with no real focus upon societal solutions. These tactics do not actively engage the powers that be and cannot provide Biblical remedies. Others focus on political change through political means but this too is not the answer. This is the category that I would like to address.

This is not your typical idea of a party that you might be familiar with. It is a

party, or group of passionate individuals, that share a common concern. The party-goers could be any group of people.

Here’s what to do:

Gather some folks together that are seriously concerned , even irate, over some of the issues facing your local community. It could be an issue over taxes, or spending or the school budget, It doesn’t matter. Just be sure they agree that something must change concerning that issue. You can invite all kinds of people to this party. It doesn’t necessarily have to be those who are seeking to advance the Kingdom of God. It would be great to have many of those in your group but it is not really necessary since youare going to lead them. None of them will be leading you. It’s your party. They are merely guests. You can invite them again or ignore them the next time you have a party. It is entirely up to you depending on their worth to the group. 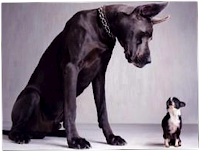 Your goal is visual intimidation. You want your elected officials to take notice of you and the forces that you are gathering against them provided they mis-step in their policies and votes.  By your attendance you are threatening their peace and re-election to be sure. Make no mistake about it, elected officials respond to two things, pain and pleasure. You are to be an arbiter of either depending upon their behavior. A nod of agreement equals pleasure whereas a move to unseat them equals pain. Like Pavlov’s dogs elected officials respond to both.

Invite your guests to join you at the local town hall meeting of the city council or the county board of supervisors. If you have only a few party goers sit as close to the front as possible. If you have many fill the entire back rows . As long as your party is visible the rear row is fine. Be visible. Make a visual impression. 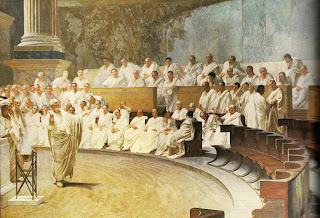 I practiced this strategy many years ago with only two in my party and it immediately commanded the attention of the board. It worked. We created a ruckus just by attending the meetings and had to be reckoned with. Make sure you r party goers are attentive.If the officials are taking notes that is even better. Elected officials will be more inclined to watch what they say lest it comes back to bite them. Writing things down keeps them accountable. If the elected official is taking notes ask to see those notes after the meeting. Those notes are public and you have a right to see them. Make your presence known. Then go for pizza or coffee with the group to discuss the meeting. Listen to their reaction and take careful note of their comments. Encourage them to contact their reps with their concerns through phone calls, private meetings, letters or public statements in the local newspaper. During your debriefing session over coffee, guide your party goers into considering some Biblical solutions to some of the issues discussed at the meeting. Talk about freedom and the horrors of excessive taxation. Talk about whatever is of interest. Stir the pot.
Follow Up:

Be sure to follow up with another party invite. Encourage them to attend the next meeting. Ask them to bring a friend. Raise an army. Make yourself seen and heard. Lead the party. Let them gripe and complain to their elected official. Remind them that those men (and women) in office work for them and stand accountable to God for every action. Then point them to the solutions.


This are simple first step approaches to making some inroads in your influence within your community.