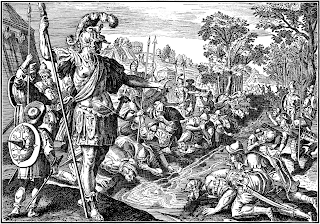 The goal of any movement is to precipitate change. The goal of the Christian movement seeks to accomplish the same with one very critical variation. The difference between the Christian agenda  and all other movements is that Christianity centers around the type, or the direction, of the change desired. What the Christian movement seeks, whether you call it Christian Reconstruction or Reformation, is a complete cultural overhaul structured according to the standards of Scripture and Biblical Righteousness.
Through the preaching of the Gospel of Christ, and the implementation of the precepts of God’s Law, Historical Christianity desires to change the world so that it conforms to a system of Laws which are good, just and equitable. Since Scripture guarantees righteousness by the application of God’s Word to both individuals and nations, once this Biblical standard is in place it yields a societal order which is free from tyranny by curbing the wickedness of man.
The goal for every Christian is as old as the first century church; change the world by advancing the Kingdom of God and the Crown rights of King Jesus over every  element of civilization. This mean educating others and assembling a committed association of individuals that are willing to get involved in the Christian movement, whatever the cost.

THE TRIBAL SYSTEM OF THE HEBREW REPUBLIC During the Exodus sojourn God assembled His people by tribes. Each tribe was committed to itself but was also committed to the whole of the nation. There was an interconnection within each tribe and among each tribe. This interconnection was strengthened by interaction and communication. Moreover, the tribal system was bound by a common goal and interest. Together they were bound by God, His Law and His Sacrificial altar,  and thus was formed as a Community of the Atonement. Their ultimate goal was to enter into the promised land which they would achieve through obedience to God’s Holy Law.
The Hebrews had a shared vision. They had a shared hope. It was this vision and hope which created a bond by which interaction and communication was necessary for their survival. Without that bond they would be fragmented and vulnerable to pagan enemy tribes of the desert. Unification gave security. It also gave the Hebrews the means to be productive. It gave them an identity. Together they would enter into the promised land of peace and liberty.
A STUDY IN TRIBAL LEADERSHIP 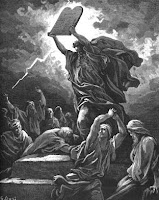 I have long been interested in the study of Leadership and have spent many years researching and acquiring knowledge on the subject. My entire professional life has been one of leadership in both in business and in ministry. The study of leadership is essential for those who desire to bring about productive change. Yet, this training is not only  essential for those who desire to lead but it is necessary to train others in leadership as well.  For the Christian, leadership  is a tool used to engage others in order to bring about Biblical change to a nation which has changed for the worse. 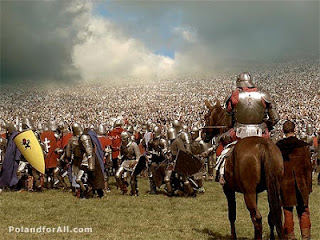 I read a lot of books on leadership. Many of New Geneva’s college courses include a wide array of studies in leadership formulated from some of the books and resources I have studies and used over the years to refine my own leadership skills. Recently I have been reading books by Seth Godin. I like the way he thinks. His writing is clear and to the point which helps me assimilate his ideas into my own.
I can easily subscribe to his leadership principles and philosophy and I find them useful for my own agenda. As for his theological presuppositions we must part at that point. Nevertheless his works are useful.
As with all my reading, I read Godin through a Biblical lens. That means that everything I read  – and I mean everything – is ingested and processed in order to use it in some way to advance the cause of Christ on earth. This is essential when reading secular works.

I also regularly review a number of magazines. Entrepreneur, INC.com, The Economists, Forbes and Wired. These also provide much insight into various aspects of the marketplace which is exactly what the Christian needs to be familiar with since this is what he hopes to influence. Like the books, these too are read with a view to advancing the Kingdom of Christ.
THE MAKING OF A TRIBE
There is no lack of insightful information and ideas in Godin’s book “Tribes”.  I highly recommend it if you are interested in some down to earth strategies on leadership. Over the next several weeks I will endeavor to share some of his innovating ideas but through  a Biblical lens for the purpose of Advancing the Kingdom of God. If we can learn to read all things through that Scriptural lens we can make real and lasting changes in our communities, our nation and the world.
THE FIRST OF MANY LESSONS 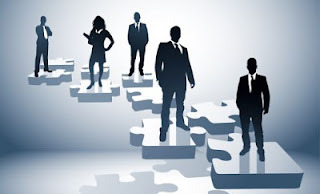 While it may seem that the first thing we ought to be concerned about is assembling a team – Godin calls it a “Tribe” – that is actually the second thing on the agenda. The first thing is talking about what you are trying to accomplish and talking about it with as many people as possible and through every known form of media; Email, Blogs, Web sites, Face Book, Linked In, Twitter, My Space, Your Space, His Space, Their Space, Everyone’s Space… etc. ( You get my meaning?).  In order to assemble a “Tribe” you need to share your vision and passion with potential members. Talking about the Kingdom of God and what it should look like and how we are to get there is essential if you are going to establish a tribal community of dedicated Christians. Moreover, by sharing your vision and ideas you want to get others talking about the vision and ideas as well. This is the interconnecting of the tribal members. This model is actually the Biblical model of the Hebrew Republic. Godin really didn’t come up with this on his own. It was in the Bible all the time. He just fleshed it out and applied it to leadership and the marketplace. We will apply it to the Christian Reconstruction of the culture.

The second thing needed is to actually assemble the group. You can do this through blogs, emails, twitter or even conference calls. Find people who are either influential already or who you think can become influential in their several spheres of influence. Seek to attract Christians who are faithful and 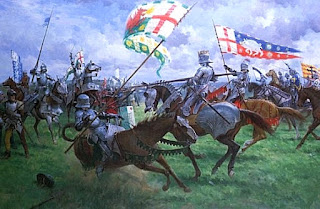 who have a passion to see Christ’s Kingdom advance in the real world. Seek visionaries, self-starters and those who are courageously committed to the cause of Christ in the world. Get them interacting with one another. Get them talking. Get them to share their ideas and strategies for the reconstruction of the culture along Biblical lines. Use your blog to both connect these folks to you and to one another. Don’t manage them, lead them. Do this by way of sharing your ideas and the ideas of others. Give them passion and incentive by sharing these ideas. Then get them to act on those ideas. Get them to apply those principles and tactics to the real world, beginning in their communities. Measure the results, then share them with the Tribe. This is where you begin. Build your base. Build your team. Establish your Tribe.
By Rev. Dr. Paul Michael Raymond|2013-01-29T20:37:00+00:00January 29th, 2013|Uncategorized|0 Comments