CORE PRINCIPLES
“The more we are truly governed by God’s Law and the Spirit of God, the less we are then governed by the state, and the greater our freedom.” R.J. Rushdoony, Larceny in the Heart, p. 26 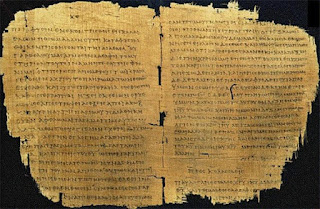 Before any of us can lead others in the ways of Righteousness and Liberty we must be led ourselves. That is basically the idea behind Rushdoony’s statement. That means that if we desire to advance the causes of Freedom we must be a self controlled individual who is acutely aware of God’s Word and the logistics behind its application to the self and the culture.
Once we find ourselves being consistently led by the Principles of Scripture we can then begin to apply those principles to the social order by educating the masses in the ways of God’s Holy Law. Remember, education is the key to change. To change actions, one must first change ideas. Ideas are the engines for action, and it is action that precipitates change. Since ideas have consequences, once you change the idea or ideology of an individual you change the action. People are not action oriented. They are however idea oriented which results in action. The action is a direct result of the idea. If one seeks to change an action it can only be accomplished through a systematic education process which is unrelenting. The core principles of America’s anti-Christian element must be challenged if Christianity and its yoke fellow freedom are to advance.
A RELENTLESS AGENDA OF INACTION

Modern Christianity is not committed to real change. The modern church has conveniently long forgotten the work of the Reformation and the great advancements of Christianity’s development of Western Liberty. Modern evangelicalism’s erroneous eschatological assumptions frees them from, what Douglass Hyde calls, “Taking the plunge”. (Douglas Hyde, Dedication and Leadership) The eschatological assumption that Christ will return just in the nick of time to rapture the saints out of any tyrannical affliction keeps them comfortably secure in a static mode. It is this ideology in particular which has resulted in “ecclesiastic inaction” and as a result has kept the church invisible in a time when it should have been very vocal, condemning and correcting the gross immorality of the American culture. The strategy of the modern church is one which can only be defined as a relentless agenda of inaction and non-involvement.
TAKING THE PLUNGE: THE CHRISTIAN AGENDA 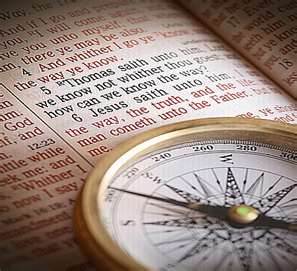 The pursuit of self satisfaction has pretty much dominated the Christian community for the past 50 or more years. Each year it grows worse and worse. Presently it is at such a fever pitch that it has become pandemic in the United States. If the goal of the Gospel of God is the ‘self’ then the Word of God is made void by this perverse notion. Self is not the goal. The actual goal of the Gospel of God is to transform men and nations, not just men. God’s Word, when applied, transforms men, who in turn go forth to transform cultures. The transformation of the culture is the goal. This transformation means that every aspect and institution of culture is brought into conformity to the Law-Word of God. Since God owns all cultures He claims the right to conform them to His Law. He does this through His people. Since this is very hard work, and often dangerous, requiring self sacrifice, most so-called professors of the faith opt for an easier path. Yet, that path is not the path commanded by God, rather it is the path of the hypocrite.

The only option for those seeking to faithfully fulfill their calling under God is to ‘take the plunge’. The Christian agenda, like the Gospel’s goal, must be bigger than the self. That needs to first be emphasized and then internalized if you or anyone else is to remain loyal to the cause. What Christ demands is an enduring and consistent loyalty to His Kingdom’s call.

Begin to structure every aspect of your life so that in some way it advances the kingdom of Christ. This does not mean that you must go to seminary or become a pastor. It simply means that wherever God has you He expects you, no…commands you, to use your profession and your providential situation to advance the Crown Rights of King Jesus. The Kingdom’s commission must monopolize your life. That is what is meant by taking the plunge. If you desire Godly change you must be part of that change. You must lead in the way of change. 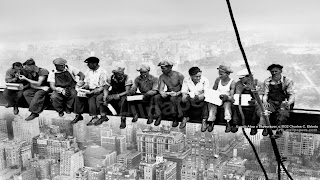 God makes demands on all His people. There is a Divine responsibly attached to the forgiveness of sins and the regeneration of the soul. During His earthly sojourn, Christ made demands on Himself because He had been commissioned by the Father to finish His Holy work. Once that work was completed He demanded of His saints to go into the entire world with the Gospel. We must follow His example by first making demands on ourselves then on others. Hyde’s logic is, “If you make big demands on people you will get a big response.” The inverse is also true, “Make small demands and you get small results”. Christ makes big demands on His people because He expects big results from them. In light of that concept we ought to never make small demands if we can make big ones. If we are to expect big changes we must make big demands. Big demands actually result in big changes, and big changes God-ward is what we are looking for. We should never be satisfied with less.
TOGETHER WE CAN CHANGE THE WORLD 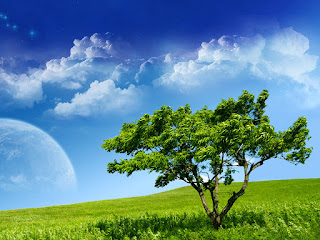 The communists, liberals, and other God hating individuals, believe that if they stand together as a unified front they can change the world. So far they have done a pretty good job in achieving their goal. However, there is one aspect of this conviction which is so very important that we dare not miss it. They not only believe that they can change the world, but they believe that they can do it in their lifetime. Their goal is very specific and therefore it can be measured. Christians need to adopt that mentality. What we need to strive for is to change the world in our lifetime. This paces a real time frame on results. If the Christians continue to put off the victory, or at least measurable progress, until a future time, that victory or progress will remain lost in the abstract. But if we Christians strive for victory and real progress in our time we will be more willing to take responsibly for the results of our actions. We will also be mindful to re-think, refine and re-direct our tactics as we move forward with our agenda adapting them to the times at hand. We can bring about change in our lifetime if we remain focused and galvanized in our efforts.
By Rev. Dr. Paul Michael Raymond|2013-01-26T02:12:00+00:00January 26th, 2013|Uncategorized|1 Comment