The education of the Christian is not to up to individual discretion. God explicitly commands Christians to be educated from a firm and faithful Biblical vantage point. All education, if it is to be TRUE, is to be taught from a Scriptural epistemology. This insures both liberty and justice. The precepts of Scripture, when applied to the areas of the social order has proven to do just that.

God accepts no other form of education whatsoever but that which coincides with His Law-Word. God alone has the authority to set the standard for education, and that standard is the Christian Scriptures. The historical covenants and constitutions which founded the American Republic are the foundations of this nation. It is upon those principles of law, justice, equity which has established the ethical nature of this nation and the education God expects all Christians to abide by. 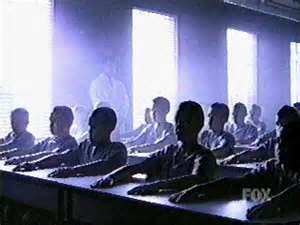 Since education is “the” tool for Christian dominion and the advancing of righteousness, God forbids it to be conducted by the state. Since the statist school is structured as an indoctrination stronghold for anti Christian ideas, there are no “good” statist schools. This is true also for colleges and other humanistic strongholds of higher learning. Educational jurisdiction is to remain solely with the parents with assistance from the church and Christian based institutions.

Our nations is in a moral graveyard tail spin as a direct result of statist education. The indoctrination of the populace by the statist schools has paved the way for the insanity and looming tyranny we now face.

The question is “Why is education so important and why has there been such a commotion over the issue of who educates”? We might even ask “What is valid education and who decides what is valid and what is not?”

Why is Education so Important?

First, by way of education Christ commissions the church in His Great Commission Mandate.

Mt 28:19 Go ye therefore, and teach all nations, baptizing them in the name of the Father, and of the Son, and of the Holy Ghost:20 Teaching them to observe all things whatsoever I have commanded you: and, lo, I am with you alway, even unto the end of the world. Amen.

First, education was always the key to advancing Christ’s Kingdom, which in turn insured individual freedom as well as national prosperity. The Levitical priesthood of the Hebrew Republic was commissioned with the education of the people along with the heads of each household. This was a safeguard for the generational continuity of the covenant people from statist tyranny and Divine sanctions for ethical apostasy. 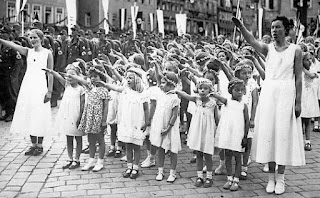 Second, it is a well known fact that through education the value system of a nation is established – whether it is Christian or Humanistic. Nebuchadnezzar knew this when he re-indoctrinated the Hebrew children as did Hitler when he stated,
“…This new Reich will give its youth to no one, but will itself take youth and give to youth its own education and its own upbringing.” (Shirer, The Rise and Fall of the Third Reich)

Fourth,there is no such thing as neutrality in education. Every education system along with its curriculum has as its root a theological assumption. Education is religious.
Fifth,there is no such thing as a hard cold fact. All facts are created by God and are interpreted my man according to his presupposition. Thus, l facts are interpreted facts and are explained through a bias which is fundamentally religious.
Sixth,education controls the future. 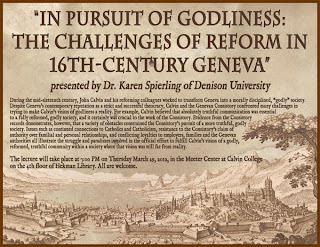 Seventh, if education is controlled by the wicked, the nation will eventually be destroyed from within and without. We are now witnessing this reality.

In 1559 John Calvin, understanding these principles, established his Academy in Geneva. If the reformation was to service and flourish individuals, especially the children and the future of the nation, it needed a solid Christian foundation. Calvin’s academy was not only a school, but it was a fortress which sought to maintain and advance the Crown Rights of Christ the King and advance His knowledge to the world. That kingdom and its law was based on a righteous equitable structure with Divine underpinnings. Calvin’s academy was a tremendous success and can be clearly traced to America’s Christian roots. Now we must remember that the Law of God is not tyrannical as Islamic law. It is a just law and structures much of our American law system today.

Although the Puritans brought this educational ideology to the New World it was eventually hijacked by the Unitarians, Arminians and those who espoused what was called, “Common Sense Realism”
So Why all the Commotion over Education? 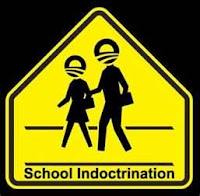 People and educators intuitively know that those who control education control the world and the future of the society. Education is about power. For the humanist it is about establishing power against God, His Christ, His Law, and against His people. For the Christian, however, education is about establishing Righteous dominion for the Glory of God and the benefit of the entire global order. It is a goal where men can be free from the threat of tyranny or the confiscation of their property, goods or the unjust incarceration of their person.
Our battle is one of education more than it is about anything else since education is the “training arm of every aspect of life”. Every elected officer who holds to a God hating, stranglehold public policy has been educated by the humanistic education system, along with the people who ignorantly voted for them.
Christians must take an offensive approach to education. This means that throughout all seasons of the education process, not neglecting the college and graduate years, education must be explicitly Scriptural and Biblically based.
Gary DeMar gives some advice.
“The Christ centered school approach will raise up a generation of Christians who can evaluate all of life from a Biblical perspective and thus feed the world with the knowledge needed for wisdom unto salvation.” 1
What to Do?
1.   If you have children in government schools remove them at once. Opt for a religious reason. Contact the Home School Legal Defense League for assistance.

2.   Home education if you can. There are many helps in this area. Contact New Geneva if you need assistance.
3.   Use private Christian schools if you can afford them but beware you must be engaged and supervise everything. Parents are not to be delinquent of their educational responsibilities even when their children go to Christian schools.
4.   Use ONLY faithful Christian colleges for higher education which is thoroughly Reformed, Biblically solid, and which are affordable.
If you would like any assistance or would like to talk to an educational advisor from New Geneva you can contact us on our web site at : www.newgeneva.us
1. God and Government: A Biblical, Historical and Constitutional Perspective
By Rev. Dr. Paul Michael Raymond|2013-01-15T18:27:00+00:00January 15th, 2013|Uncategorized|0 Comments