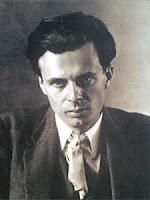 “There will be, in the next generation or so, a pharmacological method of making people love their servitude, and producing dictatorship without tears, so to speak, producing a kind of painless concentration camp for entire societies, so that people will in fact have their liberties taken away from them, but will rather enjoy it, because they will be distracted from any desire to rebel by propaganda or brainwashing, or brainwashing enhanced by pharmacological methods. And this seems to be the final revolution.”  Aldous Huxley, author of Brave New World
The Egyptian salve mindset is still with us as it was with Israel in the wilderness. It is in the church as well as in the realm of secular man. After the exodus Israel ‘s dependence upon Egypt’s welfare became a stark reality. In order to assure Egyptian welfare Israel desired a trade off. They wanted to trade the liberty that they had procured by the Sovereign intervention of God for the fish, leeks and onions they had in Egypt.

In return for Egyptian welfare they sought to relinquish their freedom to a wickedly perverse and horribly tyrannical regime. The bitterness of slavery and the oppression of the evil taskmasters was eclipsed by the need to be taken care of. Even after tasting freedom, they could not bear the responsibility that came with it. Israel’s slavery was psychological. Her slavery was carnally induced and was perpetuated by a lack of faith. As they thought in their minds, so they desired for their lives. But Israel’s slavery was also a willful rebellion against the God of Scripture Who had given them their freedom so as to serve Him and be Covenantaly accountable to Him for all their needs. They had been promised God’s care, yet, they did not believe Him.

“For unto us was the gospel preached, as well as unto them: but the word preached did not profit them [i.e. Israel in the wilderness], not being mixed with faith in them that heard it.” Heb 4:2

It is really no surprise that secular America has bought into the Egyptian slavery mindset. Huxley is wrong. It will not be necessary for a “pharmacological” method of making people love their slavery. The slave mindset is natural to sinful man. Natural man is already in bondage to sin and rebellion to God and therefore desires human bondage. This is to be expected. This is natural to carnal man. It is not natural to the church and yet, this is the reality of the situation in most American churches. The church has fallen into the same mindset as Israel while in the wilderness; psychological slavery.

Pharmacological methods will not be necessary to induce people to love slavery. The only thing needed is a strategy. Drugs will not be necessary. Slavery will be brought about by the strategy of seemingly giving something for nothing. It is the welfare promise of Marxist socialism. In reality the welfare system does not give anything away for free. Noting is free. Someone must pays. There is no free lunch. There must be a trade off. Like Israel of old, America and her churches have given away both their freedom and their honor. They are once again slaves to Egypt. They have traded their liberty to a cup of blood red pottage. They have traded their honor for a piece of moldy bread.
The dynamic of slavery is systemic. It is comprehensive. Slavery is not compartmentalized to one or two areas of the mind. Once the mind is infected with slave mentality it humbles itself and gives everything over to anyone who promises the best security and most care. Entirely dependent upon the slave mind to achieve their goals, political tyrants play upon the slavish psychology. In order to be master of every area of the culture the tyrant must convince the salve mind that his plan is substantially better than any other considered. Since the slave mind is already poised to give away every area of life over to the tyrant, the job of the tyrant is easy. As long as the tyrant can convince the salve mind that he can provide everything needful for life liberty and the pursuit of happiness, his promises are believed.  A slave mindset is the best friend of the wicked tyrant. 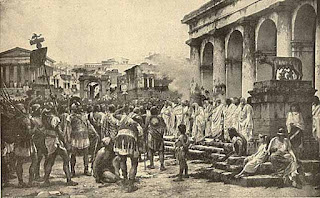 Slavery is closely related to fear. Those who are afraid seek safety from others. Carnal man seeks refuge in man. Usually this refuge is found in political man, economic man, ecological, scientific or intellectual man. Carnal man looks to the state and its institutions; they do not look to God. In fact, refuge is never sought in God unless that individual has been called of God. Then, and only then, can that individual shun the false security and care offered by tyrannical man. The spiritual man is not a slavish man. His mind is free from the psychological slavery that infects his carnal counterpart. The spiritual man is dominion man. He is liberated man. His is responsible man. He is a man of action in advancing the Kingdom of God. The spiritual man is a danger to the tyrant and the only remedy to the enslaved man.
Until tyranny and slavery have reached their desired levels of domination, as water must reach its mark, they will not cease to progress.

This is where the church must take her stand. I do not talk here of the carnal church, or the slavish church, or the church who willfully remains under the statist program of fear and welfare-ism. That is not the church of the Lord Christ and thus, she can never be a victorious liberating church. Nor can she preach the gospel with power since she has traded her freedom for the fish, leeks and onions of the Egyptian taskmasters.

The True Church must begin to refine her understanding of Biblical strategies and logistics of dominion. From the pulpit and the podium She needs to be equipped with real solutions for everyday problems. She needs to actively pursue that which is required of her. She must build for the future by teaching and applying Biblical doctrines and principles to her local community in order to restructure the local community according to Scriptures mandates.

New Geneva is such a place where these issues are discussed and where action takes place. For more information contact the College at registrar@newgeneva.us or log onto our site at: www.newgeneva.us. Become part of the solution.