The following article, by legal scholar John Whitehead, was sent to me via email. Its contents is important, and thus needs to be read and considered carefully and prayerfully. If the people of the United States, especially those in the Churches, do not wake to this situation, we will loose whatever liberty is left, bringing upon us the wrath of man and his diabolical inventions of tyranny.

“Law is no longer what it was intended to be – a set of rules equally binding everyone to ensure that outcome inequalities are at least legitimate – and instead has become the opposite: a tool used by the politically and financially powerful to entrench their own power and control the society. That’s how and why the law now destroys equality and protects the powerful.
What we see with the protests demonstrates exactly how that works. The police force—the instrument of law enforcement—is being used to protect powerful criminals who have suffered no consequences for their crimes. It is simultaneously used to coerce and punish the powerless: those who are protesting and who have done nothing wrong, yet are subjected to an array of punishment ranging from arrest to pepper spray and other forms of abuse.
That’s what the two-tiered justice system is: elites are immunized for egregious crimes while ordinary Americans are subjected to merciless punishment for trivial transgressions.”—Glenn Greenwald, author of With Liberty and Justice for Some: How the Law Is Used to Destroy Equality and Protect the Powerful

While the Occupy protests are an encouraging sign that Americans are not completely oblivious to the creeping despotism that is overtaking the nation, time alone will tell whether the Occupy Wall Street movement and its companion protests throughout the country amount to anything more than an expression of discontent on the part of the 99% with the so-called 1%. What has been made clear, however, by the naked aggression of the corporate-state against these protesters is that the 1% is protected by its own security force—the police—funded ironically enough by the very 99% against whom they are waging war with pepper spray, rubber bullets, tear gas and other instruments of compliance. 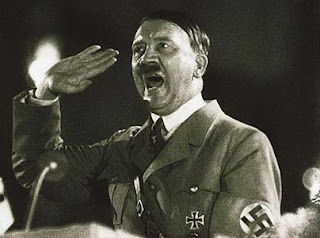 For example, in a September 2011 incident, the New York police responded to Occupy Wall Street protestors by throwing people to the ground and using pepper spray on nonviolent protesters trapped behind a barricade. One protestor, Kelly Brannon, described the scene, “They put up orange nets and tried to kettle us and we started running and they started tackling random people and handcuffing them. They were herding us like cattle.”  Another protestor was arrested because he had been chanting “let them go” as people were handcuffed. According to news reports, journalist Luke Rudowski was rammed in the stomach with a club and thrown to the ground, despite repeatedly making it clear that he was with the media, while two Fox News reporters were hit with pepper spray and at least one police club. The NYPD have since become savvier. Rather than using brute force to discourage the protests, they have resorted to freezing out the protesters by confiscating their electric generators and the fuel that runs them.
Police in Oakland used tear gas canisters, rubber bullets, sound cannons and flash bang grenades to disperse the Occupy Oakland protest. An Iraq War veteran, 24-year-old Scott Olsen, who was taking part in the protest, was struck in the head with a police projectile. His skull was fractured and he was listed in critical condition due to his brain swelling. When protestors came to his aid, they were driven back by a flash bang grenade.
Police in Atlanta rounded up more than 50 protesters who had been camped out in a city park as part of Occupy Atlanta, while police in Philadelphia arrested 15 individuals engaged in a sit-in in protest of police brutality as part of Occupy Philadelphia. San Diego Police arrested 44 protesters at Occupy San Diego, confiscating all personal belongings and all supplies and food that had been donated. 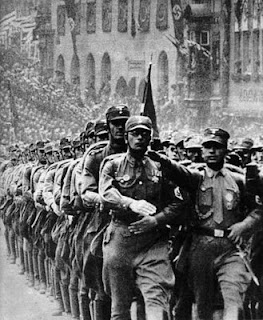 These police tactics bring to mind something journalist Daniel Kurtzman asked years ago. “When the government…begins to stamp out the freedom of dissent that is the hallmark of a democratic society,” he wrote, “can there be any turning back?” Indeed, these attempts by police to stifle the various Occupy protests serve only to reinforce what Bertram Gross warned against in his 1980 book, Friendly Fascism: The New Face of Power in America:

Faceless oligarchs sit at command posts of a corporate-government complex that has been slowly evolving over many decades. In efforts to enlarge their own powers and privileges, they are willing to have others suffer the intended or unintended consequences of their institutional or personal greed. For Americans, these consequences include chronic inflation, recurring recession, open and hidden unemployment, the poisoning of air, water, soil and bodies, and, more important, the subversion of our constitution. More broadly, consequences include widespread intervention in international politics through economic manipulation, covert action, or military invasion. On a world scale, all of this is producing a heating up of the cold war and enlarged stock piles of nuclear and non-nuclear death machines.

Although the message of the Occupy protests is somewhat muddled at times, they do underscore the fact that the state of the nation has not improved in the 30 years since Gross penned those words. In fact, it has grown worse, from economic concerns to threats to our civil liberties, an increasing military presence in our daily lives, and the rise of a police state enhanced by a surveillance complex that invades virtually every aspect of our lives.
Gross, a presidential adviser who had a role in the expansion of government during the New Deal era, warned that the rise of friendly fascism would be a subtle progression. As Gross noted, “Anyone looking for black shirts, mass parties, or men on horseback will miss the telltale clues of creeping fascism… In America, it would be super modern and multi-ethnic—as American as Madison Avenue, executive luncheons, credit cards, and apple pie. It will be fascism with a smile. As a warning against its cosmetic façade, subtle manipulation, and velvet gloves, I call it friendly fascism. What scares me most is its subtle appeal.”
Indeed, added Gross, “the subversion of constitutional democracy is more likely to occur not through violent and sudden usurpation but rather through the gradual and silent encroachments that would accustom the American people to the destruction of their freedoms.” The elite will use “triplespeak” to keep the public in line, feeding the people myth and jargon to divert them from the truth.  The apathy and naivety, or possibly the cynicism and hopelessness, of the American citizen would contribute to his own oppression.
At a time when most Americans are feeling the pain of an economy continuing to plummet, the Occupy movement’s motto has a universal appeal:

We are the 99 percent. We are getting kicked out of our homes. We are forced to choose between groceries and rent. We are denied quality medical care. We are suffering from environmental pollution. We are working long hours for little pay and no rights, if we’re working at all. We are getting nothing while the other 1 percent is getting everything. We are the 99 percent.

However, what the Occupy movement’s “We are the 99%” motto fails to recognize is that the problems we face have to do with much more than economic inequality between the haves and the have nots. Similarly, the Tea Party, which started off with similar zeal, failed to recognize that the problem was not merely Big Government but, rather, the merger of Big Government with Big Business. Inflation, unemployment, job insecurity, career anxieties and conditional benefactions are all, as Gross points out, forms of terror deliberately perpetrated upon a populace in order to control them. Thus, until we can gain some consensus about the true culprits behind our problems, any movement to change the status quo is destined to fail or be co-opted by political forces.
Lest we forget, most police states have come about through the democratic process, and their leaders come into power citing platitudes of religion, morality and order, asking the citizenry to put blind faith in the government. As Gross reminds us, “Big Business—Big Government partnerships, backed up by other elements, were the central facts behind the power structures of old fascism in the days of Mussolini, Hitler, and the Japanese empire builders.” Our present crisis is no exception. In fact, William L. Shirer, author of the monumental The Rise and Fall of the Third Reich, once predicted that America may be the first country in which fascism comes to power through democratic elections.
“As I look at America today,” Gross remarked in 1980, “I am not afraid to say that I am afraid.” More than 30 years later, I fear that we have even more reason to be afraid.
The Rutherford Institute
By Rev. Dr. Paul Michael Raymond|2011-10-31T15:37:00+00:00October 31st, 2011|Uncategorized|0 Comments