False Prophets Must Be Held Accountable

“Then cometh the end, when he shall have delivered up the kingdom to God, even the Father; when he shall have put down all rule and all authority and power.For he must reign, till he hath put all enemies under his feet.1Co 15:24-25

THE VICTORY, THEN THE END

The Apostle Paul’s statement is clear concerning the end of the world. It will come only after Christ has put all enemies under His feet. This is the Postmillennial view of Christian victory.It happens in time and history. It is not apocalyptic but rather hopefully victorious when Righteousness envelops the entire Global community.

Predictions concerning the end of the world have come and gone. Most of them have gone unnoticed. Today, however, with the vast amount of communication technology at our fingertips, a prediction like May 21st goes world-wide. In its wake; fear, destruction, uncertainty, and for a 14 year old Russian teen, death.

“A 14-year-old girl from the Republic of Mari El in Central Russia has committed suicide, allegedly because she was afraid of the upcoming doomsday, predicted by the American radio preacher Harold Camping. 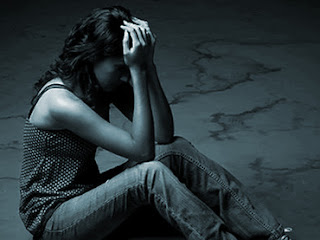 Nastya Zachinova believed the news that the world would end on May 21, her family told the tabloid LifeNews. The once lively teenager became angsty and withdrawn. On the Saturday in which the rapture had been predicted to start, she committed suicide after returning home from school.Her personal diary shows she was terrified of the perils of the apocalypse, which she believed humanity was about to endure.

Harold Camping and his supporters launched a world-wide campaign to inform humanity about the upcoming rapture, the date of which he predicted based on a series of convoluted calculations taken from the bible. A few ads promoting his message were put on billboards in Russia as well.“

Camping makes a complete fool of himself,again.It was not enough to predict the end in September 1994, or on Christmas Day in 1994, or predicting dates in 1995 privately to his cult followers, or to maintain that the end of the church age happened in 1988 and no one else can now be converted, he had to predict another figment of his imagination, validated by bad exegesis, and a desire to be the 21st century Noah – his ark being “Family Stations Inc.”.

This time, however, the man must be held accountable.

Camping’s doctrine has gone from sober, to questionable to utterly outrageous and heretical. He has poorly stewarded the money donated to his radio ministry and traded sober Christian truths for horror stories about the coming wrath without any honest hermeneutic justification whatsoever. God’s judgment will come upon the world, to be sure – but not the way Camping envisions it.

Why would God allow such wrong to blemish the Christian Church? I believe it is to expose the false Christians and distinguish the true. Camping has been addicted to finding out when the end of the world would come for decades. He began with his presupposition that there had to be a date that he could discover. He believed that he was the chosen one. With that initial premise, he conveniently made the Bible say whatever he wanted through mathematical gyrations and interpretive acrobatics. But why?

Why focus upon the end of the world? What sick mind wants to see so much fear and destruction? What saint sets his heart upon hopelessness? If no one is being saved any more since 1988, as Camping believes, why bother getting the word out that the end is near? That behavior is inconsistent with his doctrine.

Why not focus upon advancing the Crown Rights of King Jesus and reconstructing the societal order? Why not build true churches with he millions that were spent on falsely promoting doomsday? The questions of “Why” can go on and on. The real question is “Why did so many believe him?”

Ignorance can be very destructive, and pride can be deadly. Many who followed Camping, and are still following him in his delusion, are not deep thinkers, nor are they good exegetes. Many of them love to make themselves out to be something special. To think one knows when the end of the world will come, down to the hour; now that’s special. It’s all pride, and it must be condemned.

The purpose of each child of God is to ‘build the old waste places’. We must preach the gospel and use God’s Law to reconstruct the culture, and the societal order God-ward. There is no time to fuss with doomsday cults and false prophets. That is probably why God told Moses to stone them.

Time is of the essence. Not because the end is near, but because our time on earth is but for a moment. We must make the most from it. Soli Deo Gloria!