“Now Obadiah feared the LORD greatly: For it was so, when Jezebel cut off the prophets of the LORD, that Obadiah took an hundred prophets, and hid them by fifty in a cave, and fed them with bread and water”
(1 Kings 18:3-4). 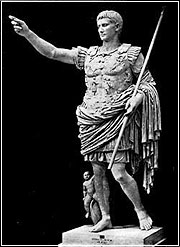 During times of wicked oppression, God’s people need to be very careful lest they become discouraged and slothful. By nature, mankind is impatient. The majority of postmodern Christians are impatient. They desire overnight success and overnight victory. Some Christians are more patient than others and will concede to remain patient as long as victory comes in their lifetime. While victory is certain, as the Lord has promised, it is not promised according to our time table. Victory comes by degrees and it comes by way of consistency and hard work. Our Lord comments on the Kingdom and how patience is essential for its maturation.

“And he said, So is the Kingdom of God, as if a man should cast seed into the ground;  And should sleep, and rise night and day, and the seed should spring and grow up, he knoweth not how. For the earth bringeth forth fruit of herself; first the blade, then the ear, after that the full corn in the ear. But when the fruit is brought forth, immediately he putteth in the sickle, because the harvest is come.” (Mt 4:26-29)

Commenting on Mark 4:26-29, R.J. Rushdoony states,
“The Kingdom of God, as it develops in history, has a necessary growth and development. No more that we can plant grain and then expect the harvest at once, can we expect quick or immediate results in the growth of God’s Kingdom. If we plant grain, we must cultivate it, often water it, then to the field, and, only after much labor, reap a harvest. To expect otherwise is stupidity and foolishness, whether in farming or in the work of the Kingdom. In fact, our Lord describes quick growth as false (cf Matt 13:5-6, 20-21).…Within the church, this demand for immediate and spectacular results is commonplace.”
Godly patience is essential for the totality of Christ’s victory to be realized.

Note what Obadiah was doing during the tyrannical rule of the wicked.

First, he was hiding those that feared the Lord. They had to go underground. As Solomon states, “… when the wicked rise, a man is hidden”  (Pr 28:12b). These God-fearing men had to be hidden, and similarly the witness of the God- Man Jesus Christ was removed from society’s view.

Second, Obadiah fed them with bread and water. These are symbolic of the Word of God. These men were being prepared for another day.  This lesson is of extreme importance.  The men were not simply waiting for the rapture or for some divine intervention. They were preparing for providence. They had gone underground (and thus out of sight) to work without being overtly oppressed. But they were working. They were planning and scheming. God tells Elijah that He had reserved seven thousand who had not bowed the knee to the image of Baal or kissed him. These were some of those men. They were faithful men, ready and willing to act when the time was right. And while they waited they prepared.

While our nation’s moral, economic, political and legal integrity is unraveling, Christians need to be preparing for the time when God calls them to expound God’s Word in answering the real problems facing our culture. We Christians must be ready when God providentially orchestrates our entrance into the forefront of history. We need to be building Christian models for society. We need to be positioning ourselves to help those in our church and in our community. We need to be ready for whatever God has in store for our nation, and that takes work. It takes study and it takes commitment.

Until we are ready, well prepared, and poised to plan for the many generations of the future, with concrete solutions, God will not open a door of opportunity for us. Our generation will languish and another generation will take our place, willing and ready to perform God’s will – consistently and patiently.

Log onto the New Geneva Leadership Academy’s Web site and surf through the courses available. These courses are structured precisely for the purpose of preparing Christian men and women for the task that is upon us. Deo Vindice!