The two key issues facing both the world and the church are Sovereignty and Dominion:  who rules and who has legitimate ownership of all things. Every aspect of life must come to terms with these questions. None can claim neutrality when faced with this challenge. Either man is the supreme lawgiver, judge and king, or God is. Either man owns all things, thus giving him ownership legitimacy over the created order, or God owns all things. Both cannot be true. Neither can these questions be ignored.
As a result of the Fall, man has deluded himself into thinking that he is like God. (cf. Gen 3:5) Today’s man has gone further into the abyss of self delusion by believing that he is God, and thus has total sovereign claim over the earth.  For man to believe that he is God, or god-like, is to say that he is sovereign and his sovereignty entitles him to legitimate ownership of all things.  While man generally desires lordship over nature, the beasts of the field, and other men, he ultimately desires lordship over God.
Ps 2:2-3, The kings of the earth set themselves, and the rulers take counsel together, against the LORD, and against his anointed, saying,  Let us break their bands asunder, and cast away their cords from us.
Man, by nature, does not desire Biblical Dominion. He desires humanistic domination.  Biblical dominion would bring man under God and under His law. Humanistic domination legitimizes man’s revolt against God and allows man to be his own lawgiver.
In order to clarify the difference between Biblical Dominion and humanistic domination, R.J. Rushdoony states, 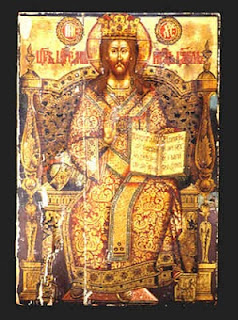 “God’s Law-Word gives man the way to dominion, and dominion is not domination. Domination is the exercise of lawless power over others. Dominion is the exercise of godly power in our God-given sphere. The rejection of God’s sovereignty leads to domination; that affirmation of God’s sovereignty and His law is the foundation of dominion. It is also the means to power under God… A humanistic power can only be truly overthrown by God’s power, and men cannot escape dominion and tyranny apart from a return to the Triune God and their total calling and dominion mandate under Him.”
So when unconverted men are catapulted into positions of civil power, they will seek to rule apart from God’s Law; whenever that happens, domination results. Depending upon the degree of the rebellion, so too with be the degree of tyranny and humanistic domination. One must remember that any rejection of God’s law opens the portals to further rejection, which moves a nation from ‘soft tyranny’ to abject dictatorship-domination.

“A consistent full-orbed Christianity that takes the Crown rights of the King seriously poses a threat to the self-proclaimed sovereign power state, and this threat is clearly understood by the state. It has accumulated power and has no intention of voluntarily relinquishing; it would take a power greater than itself to pry its fingers off of its claims to ultimacy.”
That reckoning power is the power of Christ, His Law, and His Gospel. It is this comprehensive claim which must be advanced in the world by His Elect Body, the Church, pressing  forward the legitimacy of His Dominion Sovereignty.
Goal: Remove the unlawful claim of statist sovereignty by establishing the Lawful Sovereignty of Christ over every are of life.
Strategy: Establish Christian-based institutions to replace the statist institutions.

a. Establish Christian Schools (or at least encourage others) for every level of education and which do not answer to the state. (These can be established under the U.S. religious exemption clause.)
b. Establish Ecclesiastic courts to adjudicate disputes. Branch out into the community once the news gets out of the justice and equity meted out at these proceedings.
c. Establish a local Christian banking system using honest money. (Not an easy thing but it can be done.)
d. Establish a food and clothing bank. Open it to the public. Use it as a tool to share the Word of God. Keep a list of those that use the service. Have the elders contact them. Make pastoral visits. Bring Christ to them. Build relationships.
e. Establish Christ-centered homes for unwed mothers, battered women, and the homeless. (Use the homes of church members on a volunteer basis to get started.)
f. Establish Christian training centers for the un-skilled. Teach them new skills that can be used for future employment or advancement.
g. Establish a Christian unemployment center to help people find work. Obtain a list of all the employers in the area and meet with them. Introduce the project to them. Keep in touch with them on a regular basis. Take a genuine interest in their business. Keep the channels open.
h. Establish a Christian training center to assist families to get out of debt, and to become faithful Biblical stewards of their finances.
i. Establish tutorial services for school-aged children. Offer these at a nominal fee or for free to get started.
j. Establish Home Education support centers. Encourage home schooling. Help moms find curriculum and have a team of moms standing by to assist.
k. Establish Christian Home Schooling co-ops. Wean the parents from the government schools.

The goal is to replace the state’s domination institutions with Christo-centric dominion-based institutions.

For more information on how you can proceed with some of these idea contact us on Face Book, or write: pastor@hisglory.us