The Puritan George Gillespie Declares to the Civil Magistrate his Duty

“I know some divines hold that the Judaical laws of Moses, so far as concerneth the punishments of sins against the moral law, idolatry, blasphemy Sabbath-breaking, adultery, theft, etc., ought to be a rule to the Christian magistrate; and for my part, I wish more respect were had to it, and that it were more consulted with…

…It is one thing to govern the commonwealth, and to make political and civil laws; another thing to interpret the Word of God, and out of it to show the magistrate his duty, to wit, how he ought to govern the commonwealth, and in what manner he ought to use the sword. The former is proper and peculiar to the magistrate (neither doth the ministry intermeddle or entangle itself into such businesses0, but the latter is contained within the office of the ministers… 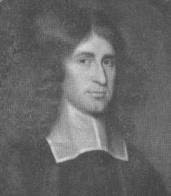 …For to that end also is the Holy Scripture profitable, to show which is the best manner of governing a commonwealth, and that the magistrate, as being God’s minister, may be this guiding star be so directed, as that he may execute the parts of his office according to the will of God, and may perfectly be instructed in every good work…”

Gillespie believed the civil magistrate bound to the Law of God in civil and penal matters. His duty was to show obedience to the judicial laws of Moses.

GOAL: Our magistrates must do likewise!

STRATEGY: The Christian community is mandated to show them the way.

PREMISE: “A shift of perspective can transform a people from being passive and confused  to motivated and creative.”