The Rule of the Tyrant 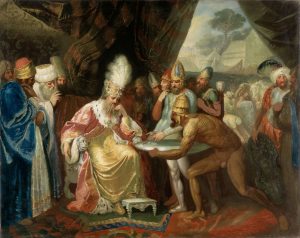 The historical account of king Saul’s murderous pursuit of David is very applicable for today’s situation. This account in 1st Samuel affords us a deeper understanding of exactly what Christians are facing today. Saul was the quintessential example of a tyrant leader who would do anything to maintain ultimate and total control over his office. His narcissistic quest for total domination drove him to illegally mandate the attempted murder of his own son, the slaughter of God’s Holy Priests and the ongoing attempts to assassinate innocent David, who was God’s anointed.

All tyrannical rulers are evil. It is just that simple. Any man, institution or nation that seeks forced domination over another is violating humanity’s God given liberty. By seeking to control, molest, or forcibly violate man’s conscience, or man’s right to religious liberty, is to enslave man. This is pure evil and those that practice, perpetuate, or condone it are also evil. To be clear, they will have their part in the deepest of hell under God’s wrath.

The Tyrant as God 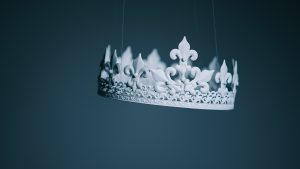 having the power to force their will upon others, they take that to mean that they have the right to do so. Descriptively, the slogan “might makes right” asserts that a society’s view of right and wrong is determined by those in power. This is the functioning principle that tyrants follow. As long as they have the power to dictate their will to others, they will use it. When tyranny is finally perfected, the tyrant, believing that he (or she) is as God, adopts a Trinitarian Nature. The tyrant believes that he is Omniscient (all knowing), Omnipresent (Everywhere Present) and Omnipotent (All Powerful).

The Tyrant as Omniscient 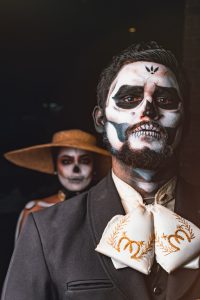 Tyranny will always have its experts: The President’s cabinet, the CDC, the Dr. Fauci’s of the world, the NEA, the CIA, the FBI, the FDA, the Joint Chiefs, the Supreme Court, the ATF, the Ivy league college professors, and the list goes on and on. Everyone is an expert and everyone knows what is best for everyone else. The sin of Omniscience is the real pandemic.

The Tyrant as Omnipresent

Hitler had his brown shirts. American has its Facebook, the Media, the FBI, Google, Amazon, Apple, and those “comrades” that are willing to turn in their neighbors for any and every infraction that the Government has imposed upon an unsuspecting public. America and every other nation that has adopted tyrannic tactics has it’s eyes and ears everywhere “beholding the evil and the good” in the same way as God.

The Tyrant as Omnipotent

Tyrants usually rely upon police power to strike fear into the hearts of the people they wish to control. Fear is 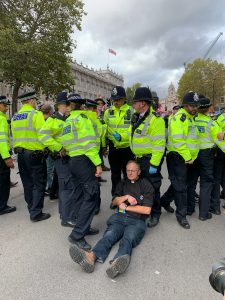 the strategy. Power is the tool to transpose the fear into absolute compliance. Omnipotence, however, can also manifest itself economically and socially. The tyrant knows that as long as there is the possibility of armed push-back from those citizens that refuse to become slaves, he might choose to employ sanctions rather than physical force to achieve his goal of domination. If the tyrant can make it extremely difficult economically or even socially, many will be forced to comply.

America as a case in point: America’s tyrannical regime now has mandated all of it’s federal workers to be vaccinated without the possibility of any exceptions. This holds true for other groups such as military, police, and hospital workers. State and local officials are also following these draconian measures going one step further by prohibiting private establishments such as restaurants, health clubs, and other public places from allowing any unvaccinated people into their facility. The hope is that when the all-powerful State flexes its omnipotence, people will bow and kiss it’s boot.

The Kingdom of the Tyrant 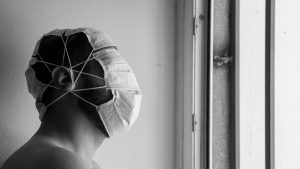 Like Saul, tyrants believe that the kingdom belongs to them and their posterity. It does not. The world, with its many nations, belongs to the LORD and it is He that raises up kings and casts them down. No government kingdom or fiefdom belongs to man. Man is simply a steward of that which God has allowed him to care for.

Once that man seeks to usurp the Throne of God, he becomes an illegitimate ruler. All tyrants are illegitimate. The founders of the United States understood this and made it perfectly clear when they wrote,

…whenever any Form of Government becomes destructive of these ends, it is the Right of the People to alter or to abolish it, and to institute new Government, laying its foundation on such principles and organizing its powers in such form, as to them shall seem most likely to effect their Safety and Happiness.

The Tyrant’s Kingdom Tolerates No Competitors

Since the tyrant and his God-less kingdom seeks to be as God, there can be no competition, especially from the

true God or His people, the Christian church. This is where things can get ugly. In the same way Saul sought to kill David, so too does the tyrannical State seek to silence the church by killing it’s witness. This is done in a number of ways; closing the churches, imprisoning it’s pastors, frightening Christians from attending worship, dictating worship policies, hampering the tithe in order to cause the churches of remain unfunded and eventually close. The only thing between total tyrannical control and liberty is the visible church. If the church leaders do not stand against the beast of statism everyone will suffer; and suffering they are.

The Kingdom is Taken from Saul

God finally ripped the kingdom away from Saul, delegitimized him as king, anointed David as the legitimate king, and yet Saul remained in power for some time after, albeit simply as a figure head. The kingdom was no longer his and his time was limited. 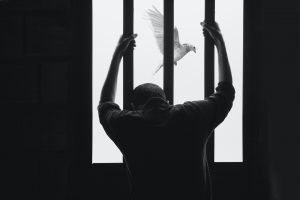 Tyrants can last only so long. As long as the David’s of the world remain faithful, tyrants can be defeated. The church must act as did David. First, Christians will be targeted for assassination – either economically, socially, legally, perhaps even physically. Then the Christians will be hunted. They will be brought into the darkness of fear, perhaps even being forced into hiding as David did. Eventually, the tyrants will be defeated and the Church will rise again to declare the crown right of King Jesus. At that time, liberty will be restored and peace will be the result. But action is required. Along with action we need to be cunning, prayerful, and obedient. More than anything, we need to trust God that He will guide His people through the darkness of this tyrannical era for the glorious liberation of the nation.