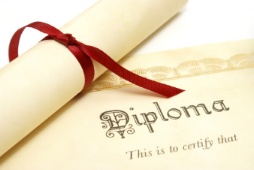 Credentials and Influence
We live in an age where credentials matter. Professional credentials are an indication that the individual holding those credentials has been educated, trained and tested as to their knowledge and proficiency in that particular discipline.
Credentials say to the outside world, “I have studied, been tried and tested, and have been found by other professionals proficient in my area of study whereby I am now to be considered an expert.”
If nothing else credentials prove that the individual has gone through a rigorous educational gauntlet and has proven himself worthy of the title conferred. Credentials open doors while the lack of credentials closes them.
Simply put, if you have credentials you have power and influence in the community. Moreover, when an individual has credentials he also has respect among his professional peers. This is critical when seeking to position yourself within any community for the Glory of God.
No More Excuses 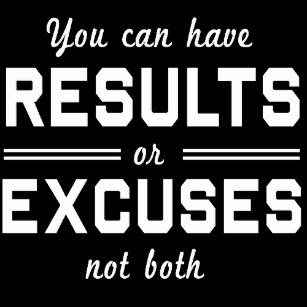 It seems as if in today’s modern age especially amidst some Christian circles credentials are frowned upon. These folks use 1 John 2:27 as their excuse.
“But the anointing which ye have received of him abideth in you, and ye need not that any man teach you…”
Yet, this, however, does not mean that Christians do not need teachers and mentors. Nor does it mean that academic or profession letters after one’s name is superfluous and lacks meaning.  Nothing can be further from the truth.
Echoing Jeremiah, Paul explains;
And he gave some, apostles; and some, prophets; and some, evangelists; and some, pastors and teachers; For the perfecting of the saints, for the work of the ministry, for the edifying of the body of Christ…   Eph 4:11-12
God tells Jeremiah that as a gift to His Church He raises up teachers for the maturation and unity of the Saints.

And I will give you pastors according to mine heart, which shall feed you with knowledge and understanding.

Jer 3:15
Jesus Himself established the apostles as teachers when He commissioned them in Matthew 28. 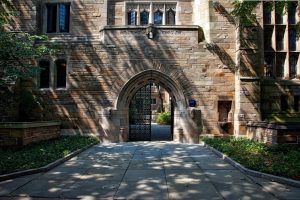 And so, to reject the importance of being taught by notable teachers for the express purpose of becoming proficient in a skill amounts to rebellion caused by either laziness or misinformation, which will result in a lack of positioning power within the community.Teachers are a gift from God especially those who teach of the things of God.
The duty of every saint is to be proficient  first in the doctrine of God so as to be notable teachers in the things of God. But when it comes to community influence, recognition by the general populace is essential and that recognition comes by way of credentials.
Credence and the Open Door 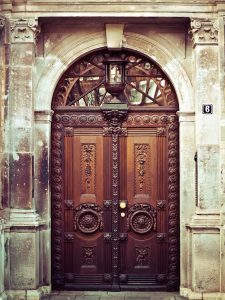 As a minister within our community I have enjoyed professional recognition among both my pastoral colleagues and the community at large simply because I am an ordained minister. In 2001 that may have been enough. In 2018 it is no longer the case. Letters among the clergy are almost a necessity if they are to be taken seriously by their peers and the general community.
And so in 2004 I decided to go back to school (not an easy thing) to obtain my graduate degrees. That decision proved to be invaluable. I cannot stress enough how many additional opportunities God has brought to me simply because I had letters of academic proficiency after my name.1
With a professional testimony the individual can begin to interject his or her ideas of influence into many community areas. As professionals we can offer our services on a volunteer basis in order to “get a foot in the door” for greater opportunities. As professionals we can set ourselves up so as to be “called upon” for our professional analysis and recommendation dealing with sensitive cultural issues. This is the key to positioning. This is one of the concrete tactics of Christian Recon.
What to Do? Where to Begin? 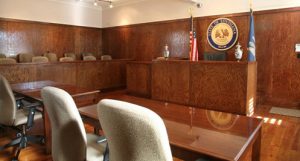 1.    If you are able to go back to school do so. Get a degree in something of cultural value. Most of you reading this are Christians so you may wish to look into a theologically based degree. Christian counseling may be an area where you can start since there are many volunteer programs that can use that knowledge and skill. At our New Geneva College (newgeneva.us) we train our students in many areas from a Christian Recon position of community activism and service so they can be a driving force for CR. This is just one idea but there are many.

For further discussion on training and obtaining an academic degree you can write to me personally at pastor@hisglory.us

Several years ago I was asked to be an expert witness in a court case in Canada. What I learned was priceless. It seems as if the Canadians think very highly of individuals with professional degrees. I was told that if an American comes to Canada with “any” graduate credentials, i.e. PhD, ThD, M.Div. MACS, MAR etc, he or she will have no trouble getting employment in a very worthy position with an impressive pay scale.

At one point, in the very lengthy court testimony, I was asked for my opinion to which I responded, “Would you like my professional analysis on that?” To which the jurist answered, “That is the only reason why you are here. I want your professional opinion.” One of the lawyers for the family I was representing later told me later that the jurist had a very high regard for my credentials (any American credentials for that matter) and that is what swayed him to render a favorable decision in our behalf.

It was on that day that I fully realized what influence professional credentials have in the affairs of men. 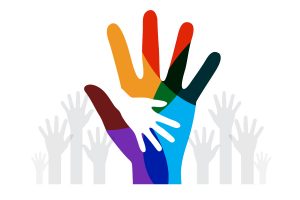 2.   Volunteer to be placed on a county, city or town board. Those manning certain local governing boards have clout. These are the decision makers of the community. Rub shoulders with these people. Get to know them. Get them to know you but remember the principles of my previous blog recommendation about listening and building rapport.
3.    Volunteer at a local food kitchen or start one at your local church. Call the mayor to participate and any other governing officials. Ask them to assist. Call the local newspaper for coverage. Become visible.
4.    I’m sure there are family counseling centers in your area. Some might even be Christian based. This too is a great place to volunteer. We were involved in the Blue Ridge Pregnancy Center for years. In this venue you get to impress upon these mothers the importance of having the baby and not aborting it. Use the time spent in that position as another serviceable skill in your resume as you continue building your credentials.
5.    The CASA volunteer program. These are the letters for Court Appointed Special Advocate. The CASA is a court appointed official whose duty it is to assists children who have been neglected or abused by their parents and who have been taken into the foster care system. This is usually in the case of severe parental substance abuse, sexual abuse and/or various traumatic events that place the child in a dangerous position. The CASA is the voice for the child and advocates for the child’s best interest hopefully working with various government, counseling and ecclesiastic entities to eventually  return the child to the parent, or if that is absolutely impossible to secure an adoption family for that child until the age of 18. This is a rigorous training program and should not be considered lightly. The rewards, however, are great, and the possibility to make serious positive changes for the child, the families and even the institutions involved is also great.
Sacrifice is Essential 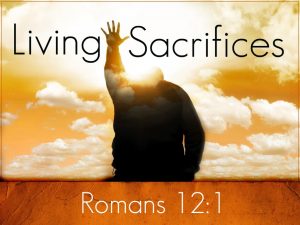 While these concrete tactics suggest some powerful ways of insuring serious lasting Biblical changes in your local community, it is of no avail if you are not willing to sacrifice yourself for others in the advancement of the Kingdom. Talking, writing, debating and/or arguing about how to advance the Kingdom of God will come to nothing if something is not actually executed in your local community. Everything begins with your willingness to die to self and serve the living Christ.
And whosoever shall give to drink unto one of these little ones a cup of cold water only in the name of a disciple, verily I say unto you, he shall in no wise lose his reward.Mt 10:42
1 My graduate degrees took 3 years to complete. My Doctoral work had been a work in the making for almost 20 years. I am presently taking courses and am undergoing advanced training in several non-Theological disciplines for targeted positions of influence. Learning should be constant. Educational accomplishments impress people. It shows that you are a devoted and diligent scholar. But be sure that whatever your degree is it is something that can be used for the Advancement of God’s Kingdom. Having an academic degree for the sake of having an academic degree is simply a prideful thing. We have too many “Ivory Towers” of academia. We do not need any more. What we need is honest people who want to use their accomplishments for the Glory of God in the real world. Your degree must have a concrete reason behind it otherwise you are wasting your time.
By Rev. Dr. Paul Michael Raymond|2019-08-22T19:55:41+00:00June 13th, 2018|Uncategorized|0 Comments