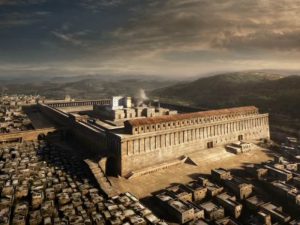 The question concerning the reconstruction of the culture according to the Law-Word of God is no laughing matter, neither is it something to reject out of hand. It is a very real doctrine which is emphasized and repeated over and over in Scripture by way of commandment and historical case study. To deny Christian Reconstruction is to deny the Great Commandment of Matthew 28 and every other passage that corresponds to it both in the Old and New Testaments.
Consider the idea of Reconstruction
Everyone is a Reconstructionist. There is not one person on the face of the earth that doesn’t seek to re-orient things according to one’s own philosophical agenda. In fact, everyone seeks to conform the world in accordance with their theological presuppositions. In other words, everyone seeks to re-arrange things in light of what they “believe” is best either for themselves or for others. By definition that action is based upon theological and religious ideas. Once a person declares, “I think”, or “I believe, this way or that way is the best approach to accomplish something” it is a religious statement. To believe something is a theological statement.
Everyone is a Reconstructionist
Human life is in a constant state of re-organizing, re-prioritizing, re-scheduling and re-focusing. Mankind is constantly seeking to “better” himself by changing what doesn’t work to what works for a more fulfilling, productive life. To put it another way, every person on the face of the earth is seeking to “Reconstruct” their existence so as to enjoy a more meaningful existence. For the human race, reconstruction is not only inevitable, it is often a daily event.
For Example: Those who are unhappy with their intellectual knowledge usually go to college to re-orient their minds so as to be smarter. Individuals who are not satisfied with their physical appearance might opt for the reconstruction of their bodies though diet or exercise. Families are always in a state of reconstruction especially when there are little ones involved. Persons who are dissatisfied with their income seek to make more money by recalibrating their direction for better financial results. In the sphere of law and politics reconstruction takes center stage. Every law is an attempt to reconstruct human behavior. Every politician campaigns on promises for the society’s reconstruction.
These are all attempts at the reconstruction of something. In fact, reconstruction is all around us because it is wired into our nature. The question however is not ‘reconstruction or no reconstruction’ but rather ‘by what standard does a person, family, legislator or politician reconstruct the world around them?’ What is the standard for reconstruction?
Worldviews: The Standard of Human Reconstruction

Every attempt for reconstruction is based upon a network of belief systems called “Worldviews”. These Worldviews dictate the direction of change. Everyone holds to a particular world and life view. There is no neutrality here. These worldviews determine what a person believes about God, man, heaven, hell, money, power, good, evil, marriage, family, politics, law, science etc. Everyone holds some sort of “Opinion” (i.e. Worldview) which is actually religious in nature since it is not only a belief structure it is the standard which determines how one thinks and acts.
By What standard? Worldviews can be classified as Biblical, Secular, or Syncretistic. Reconstruction will manifest itself in one of these three ways. Secular reconstructionist use pragmatism, individualism, libertarianism, atheism, and every other “ism” to reconstruct the social order according to what they believe is best for society. Those reconstructionist who blend moral principles with secular reasoning in a syncretistic fashion are also trying to reconstruct the culture.

Many of these are in the camp of the libertarians, natural law theorist, or constitutionalists but at the end of the day they are all trying to reconstruct the culture by way of their World view. They may call themselves Christians but their standard of Truth is not Biblical Christianity. What the syncretists fail to understand is that since their standard is not Biblical it cannot, and will not succeed in bringing about a righteous end no matter what their good intention are.