History, Ethics & the Covenant of God 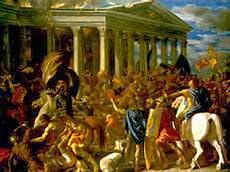 In his work, “The Historic Reality of Christian Culture”, Christopher Dawson observes,

“We today are living in a world that is far less stable than that of the early Roman Empire. There is no doubt that the world is on the move again and that the pace is faster and more furious than anything that man has known before. But there is nothing in this situation which should cause Christians to despair.” 1

The reason for Dawson’s optimism comes from two distinct sources: History and the Holy Scriptures. Those who are versed in history, and understand it from a Biblical and providential vantage-point, understand that God is the determining factor of all historical developments. Nothing happens outside of God’s decree and control. Knowing, therefore, that God will ultimately bring the world, and all its societal institutions under His Sovereign dominion rule, Christians can take heart seeing that God been active in history thus far in order to advance His Kingdom, and will continue to do so, despite the present evil that has gripped our world.
History however merely proves the Holy Scriptures to be correct and trustworthy since they 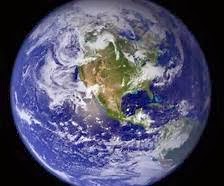 declare over and over that Christ now rules over all the affairs of men and nations, and that the Kingdoms of this world have become the Kingdom of the Christ. And while we do not see all things totally under the rule of Christ yet, we know that He is in the historical process to bring that hope to its final culmination.

The historical reality of the world’s events, coupled with the doctrine of postmillennial conquest contained in Scripture, is what the saints rely upon. This gives Dawson’s conclusion credence. Throughout history, whenever a nation rebelled against God they were judged and ultimately destroyed. On the other hand, whenever a nation obeyed God they were blessed. These are the ethical factors determining history.
The Marxist erroneously believes that the tension between classes is what determines the changes which a society undergoes. Humanists are also in error since they believe that it is the dualism between mind and matter that determine social change. They see ideas as the undergirding factor of social change and development. Today, in America we see the legislative bodies of government (Federal, State and Local) seeking to bring about social change through the implementation of certain man-made laws. They seek to engineer the social situation so as to move history toward their desired end. 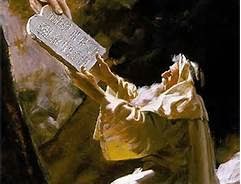 Scripture tell us however, that social change and development is a matter of ethics. Social change is determined by each man’s obedience or disobedience to God’s Covenant law-standard. It is God Who brings His sanctions in the midst of history according to man’s obedience or disobedience. It is God Who determines social change depending upon man’s reaction to the Law of God. As Dr. Gary North clearly declares:
“Each man (and nations are included here) reaps what he sows in history.”
The Problem and the Challenge
God is active in history. He requires both men and nations to adhere to His Majestic claims of dominion by obeying His Covenant Law. The problem facing America, and every other nation in existence, is an ethical one. Mankind has rebelled against the Covenant law of God to which all are obligated to obey regardless of who they are. Once the God of Scripture, and an adherence to His Covenant obligations, are negated, despised or rebelled against, God enforces the stipulations of that Covenant by bringing negative sanctions.
The Christian community must recognize this problem and seek to re-establish a ethical base within all areas of the social order beginning with the self, then the family, then the church and finally the State. To remain silent in the face of great evil is to be party to it.
1 The Historic Reality of Christian Culture, Christopher Dawson, Harper and Row, 1960.
By Rev. Dr. Paul Michael Raymond|2014-01-23T21:18:00+00:00January 23rd, 2014|Uncategorized|0 Comments