Biblical Tithing: The Key To Establishing a Christian Nation

My dear friend and co-laborer, Daniel Ritchie, in his recent Face Book post quoted John Owen on the importance of the tithe.

“If all who reside in a godly nation must attend the preaching of the word (2 Chronicles 15:13), then all who reside in a Christian commonwealth must be liable to pay the tithe in order to financially support those who preach the word… Since the hearers of the word are to share with those who teach them (Galatians 6:6), then no man can be exempt from paying the tithe as all men are commanded to hear the word. Wherever, or in what nation soever, there hath been a removal of the maintenance provided in the providence of God for the necessary supportment of the public dispensers of the word, the issue hath been a fatal and irrecoverable disadvantage to the gospel and interest of Christ in those nations.” Daniel Ritchie

“[T]o take away the public maintenance provided in the good providence of God for the public dispensers of the gospel, upon pretences of present inconvience or promise of future provision, is a contempt of the care and faithfulness of God towards his church, and, in plain terms, downright robbery.” John Owen 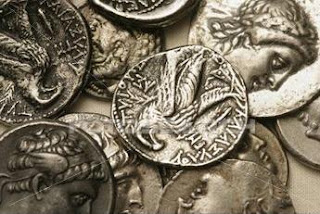 I post this as a result of a recent interaction I had with someone who claimed that the Biblical Tithe was no longer a New Testament obligation. That notion seemed to be spawned from dispensational thinking yet, when questioned, the individual claimed he was not a dispensationalist, instead, as he put it, “he was far from it”.

If a person wishes to rob God of His “Tax” that is their business. They will have to bear the burden of their own iniquity. To make a doctrinal assertion, is another matter altogether.

The repudiation of the command to tithe is exactly the kind of warped thinking that has placed the church into bondage as a servant to the state, since without the necessary monetary means to function she can no longer accomplish the work that God has called her to. If the church is not funded by the tithe to carry on her duties in missions of mercy, the state will surely rush to the vacuum created by her poverty and subvert the church’s calling.

The apostle Paul chided the Corinthians for this very same think. In 1 Corinthians 9 we read that they were hedging on their promise to give their “poor tithe” in a timely manner. Not only was she to give her tithe to the poor, which was to be collected every other year, but she was to give it at once since the time of the tithe was due.

While the churches of Macedonia remained faithful in the giving of the poor tithe the Corinthian did not. In fact, the Macedonian churches had to make up the difference for the Corinthian’s sloth.
(1 Corinthians 9)

It was through the Biblical tithe that the church was enabled to fulfill her commission without which she could not. Paul clearly spells out the use of the poor tithe in verse 12 and 13.

2Co 9:12-3 For the administration of this service not only supplieth the want of the saints, but is abundant also by many thanksgivings unto God; Whiles by the experiment of this ministration they glorify God for your professed subjection unto the gospel of Christ, and for your liberal distribution unto them, and unto all men…

2 Corinthians 9 speaks distinctly about the continuance of the poor tithe during the New Testament age. The poor tithe was only one of three commanded tithes that God had given to Israel in order to maintain their strength and independence form the state.

Of the three tithes, the Levitical tithe, the rejoicing tithe and the poor tithe, today’s church usually only practices the tithe taken each Lord’s Day being the Levitical tithe. This is only one of the reasons why the state has been able to claim dominion over the poor bringing upon the nations a welfare system without any Biblical accountability.

To say that the tithe is no longer in force and no longer required by Scripture in the New Testament is a clear misunderstanding of the Word of God and the use of the tithe.

Paul is hopeful of the Corinthians when he say gives them the benefit of the doubt for their sloth in tithing.

2Co 9:5 Therefore I thought it necessary to exhort the brethren, that they [The Macedonian Churches] would go before unto you, and make up beforehand your bounty [the tithe you promised by did not actually give] , whereof ye had notice before, that the same might be ready, as a matter of bounty, and not as of covetousness.

He had hoped that their lack of tithing in a timely manner was because they had not the necessary funds to give a substantial gift, otherwise he might have deemed their sloth an act of covetousness.

If Paul is commanding the church to practice the poor tithe in the New Testament, then it is safe to say that the Levitical tithe as well as the rejoicing tithe are also both still in effect.

The tithe is God’s tax. It is calculated as 10% of a person’s total income by virtue of the word’s etymology.